As the weeks went on, the young grew bigger and bigger. This made the nest seem smaller and smaller! And as they grew they became more active and demanding. So housekeeping seemed to be a chore for the mother, and sometimes the young helped. Moving branches was great for me as some of them blocked key shots. So I always encouraged shifting stuff.

Sometimes they were challenged to get out of the way of an adult landing.  As seen in this shot, 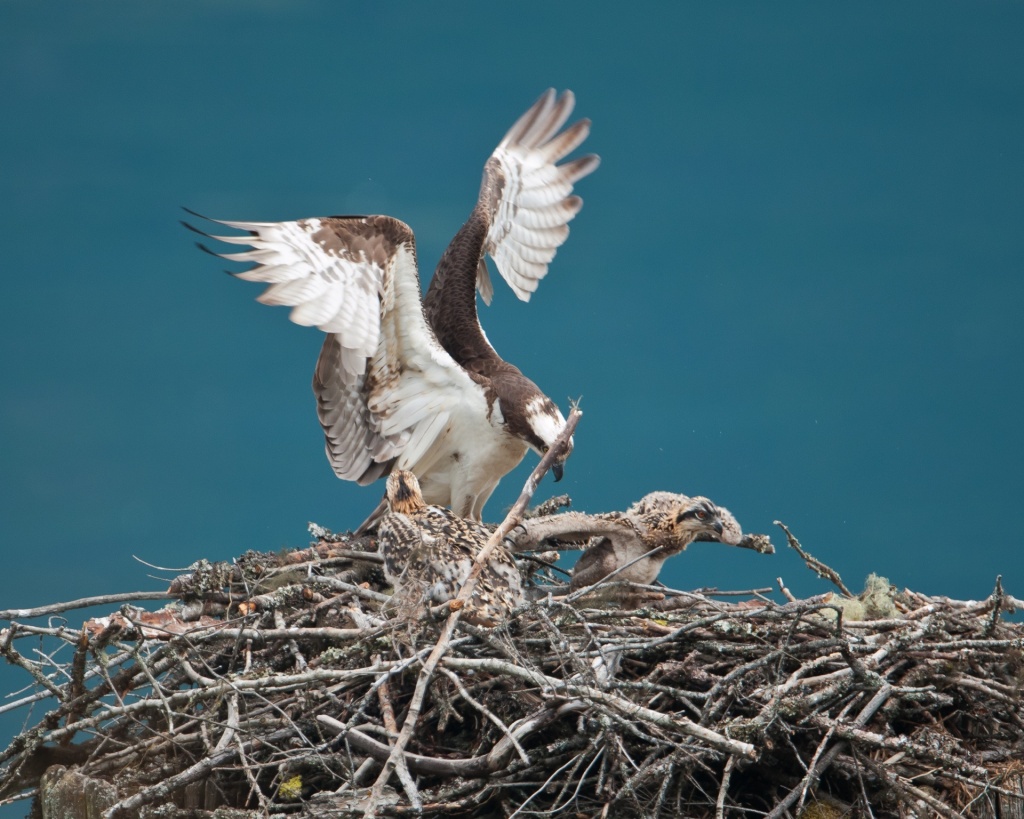 Often they joined their mother in the cries of ‘where’s food?!?!’

And at the same time they were building their wing strength and practicing take-offs, and landings. The latter often resulted in a lot of face plants! 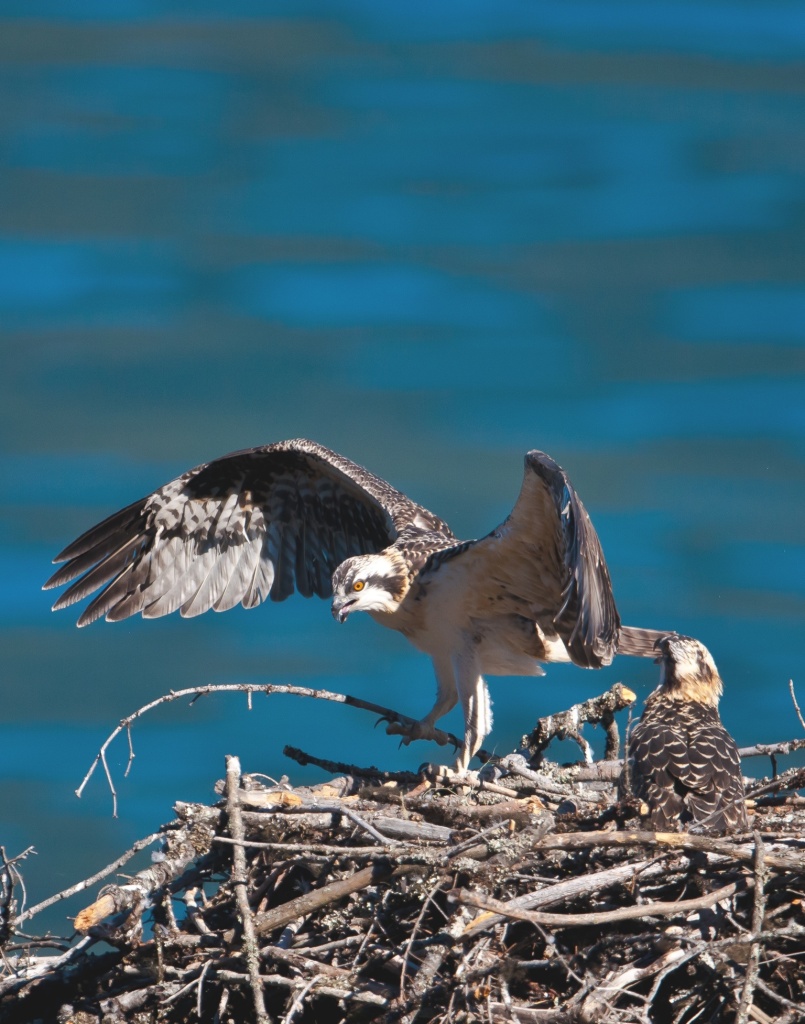 Summer heat was a real problem a lot of the time, for them and me. Even though I was mainly in shade, it was hot. For them opening and spreading their wings as well as panting seemed to help. The parents were a bit luckier as they could head off into the air every so often. 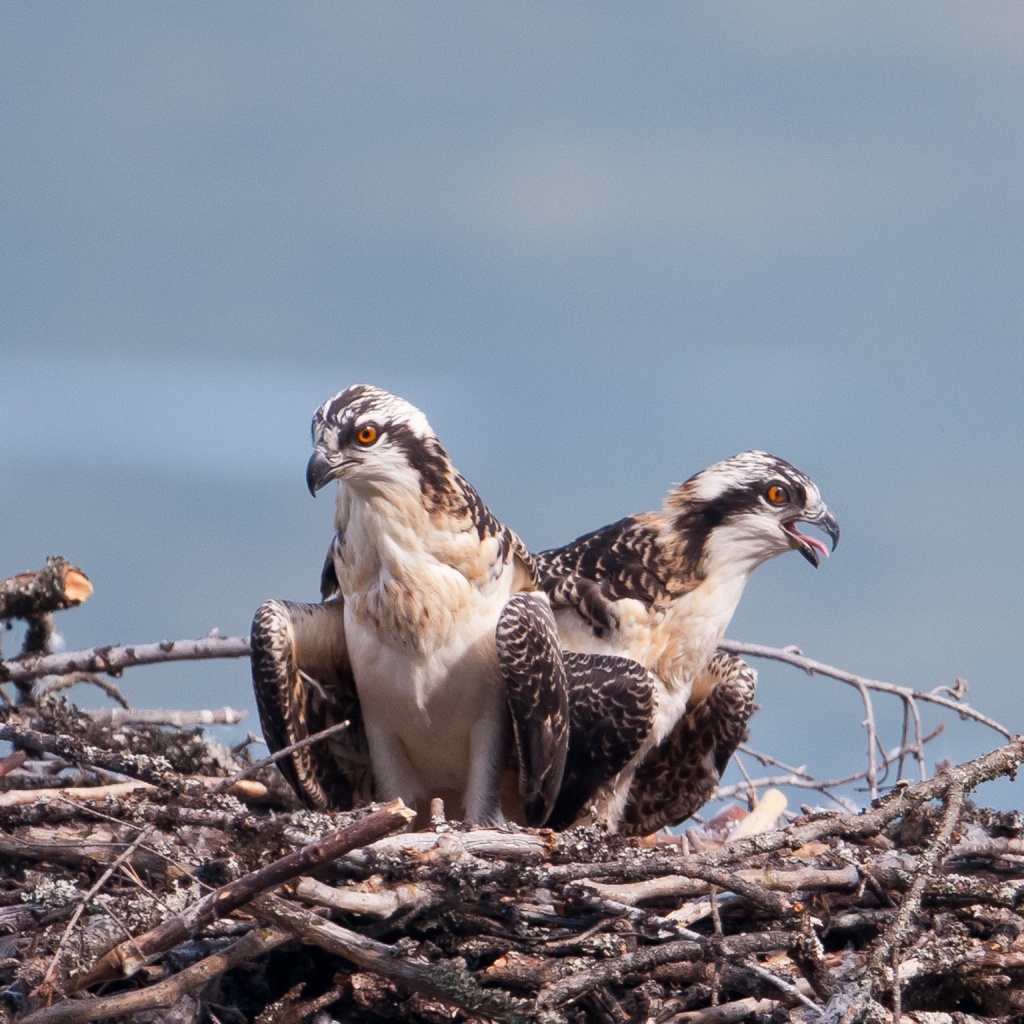 During the last week of watching it got exciting watching them seriously practice flight. One would spread its wings and flap until it lifted up and then would try and move forward.

Finally, one really took off. It moved to another pile and then flew back as the other was working on lift off. It was quite a surprise for the slower osprey as can be seen in this shot, one of a series.

Then they spread their wings in seeming celebration. From then on, they were rarely on the nest, and I bid them a fond and grateful farewell.