I wanted to show you more of the wildlife here before I start the 2014 spring new activity. And it is very active.
But there are still some shots to remember from past seasons.

This young deer just looked so eager with his velvety antlers. Ever watchful and ready to leap off into the woods.

And his ears are lovely!

These two were probably the first two moose (or is that meese?) I ever photographed. It is hard to find them together. They did seem to be enjoying the day.

Even at her harshest, Nature is beautiful. Just examining this skeleton, it was hard not to be amazed at its complexity. This deer probably had tried to swim across the lake or been brought down by wolves. But in all things in nature, nothing is left but some hair. The ravens, eagles, coyotes, bobcats, lynx and wolves probably all had their share. True recycling. 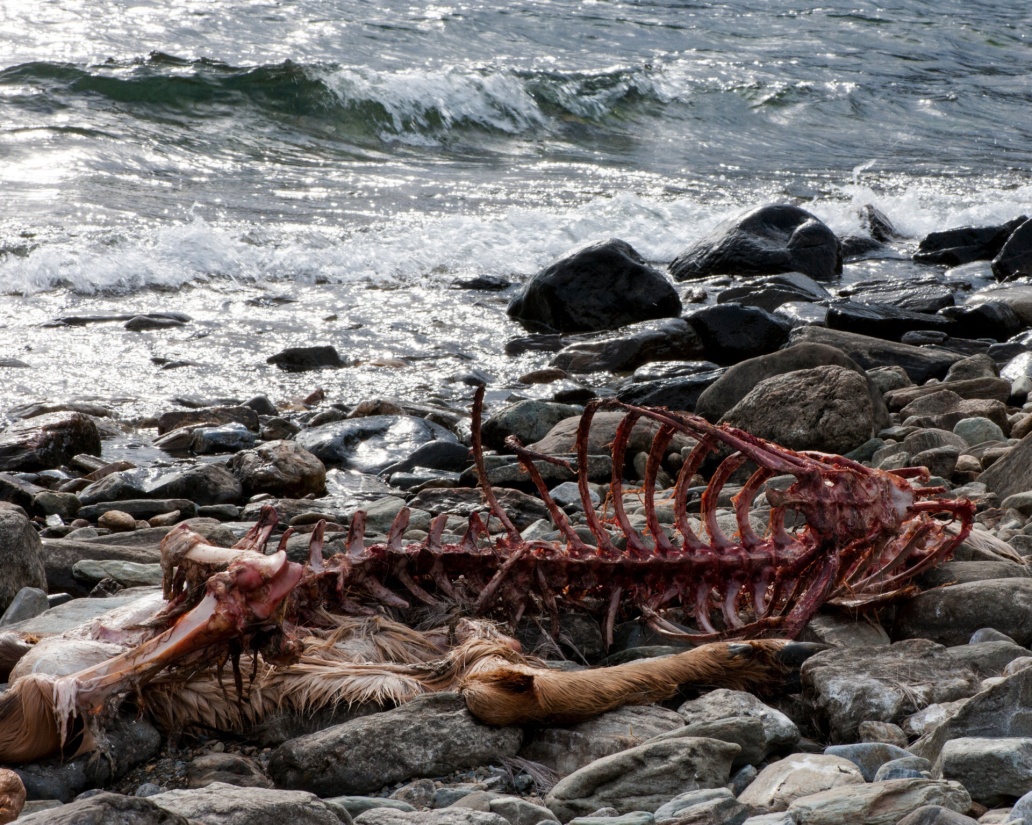 And this shot explains why people forget that grizzly bears are formidable, dangerous animals. Including me. This is our special Mom with a two of her cubs at the end of their first year I believe. She is way too tolerant of people!

I am not a fan of spiders, but they are fascinating to photograph. One summer I followed this little one around all summer while it carried its eggs on its back and roamed the outside of the house. I must have taken a couple hundred shots! When I say little, I mean little – about the size of my finger nail. And even for a woman my hands aren’t big! 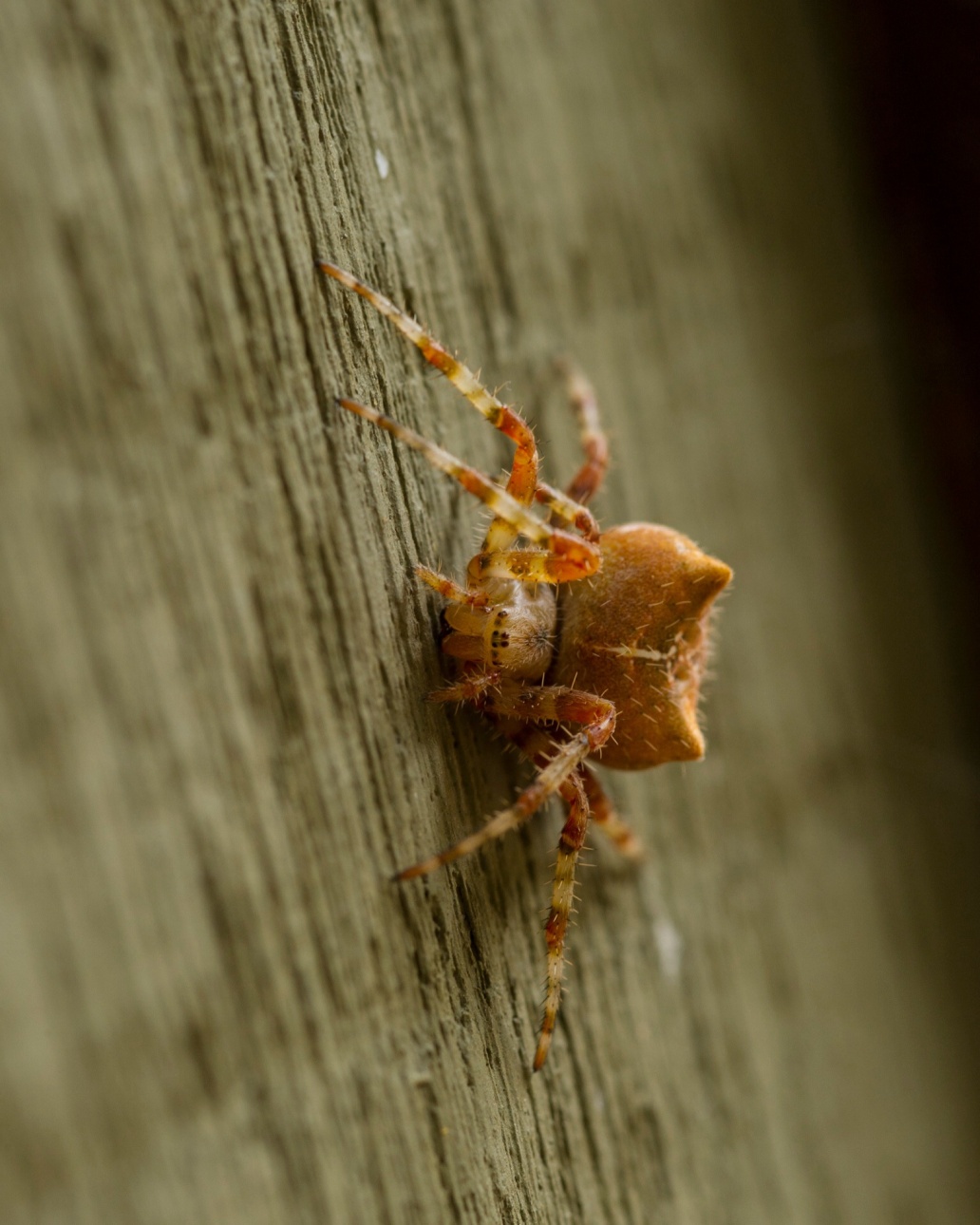 This immature eagle captures the awkwardness of youth. 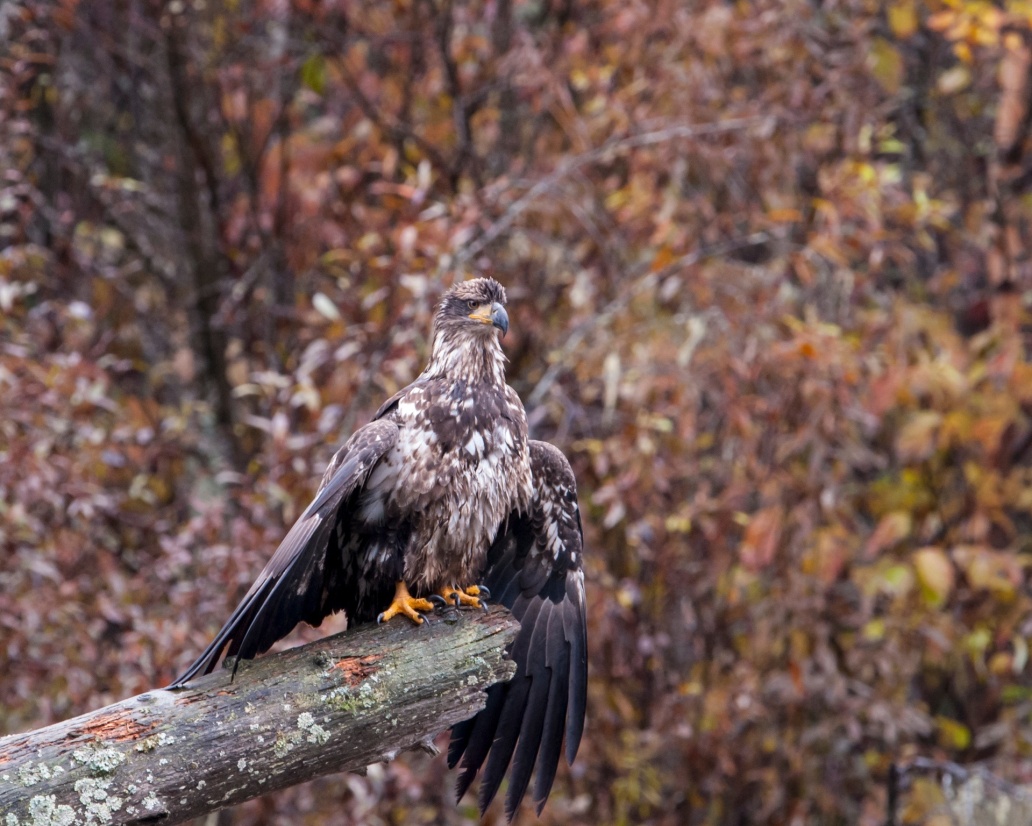 And this one, the grace and strength of maturity.

This last photograph is very personal to me. I call it ‘The Old Soul’. I came upon this brown bear one morning and watched him for awhile. There was obviously something amiss with him. He just lay there or leaned against that tree. In the afternoon I went back with my husband and the bear was still there. He died that afternoon. But he was old…….. I am glad we were there at the end. 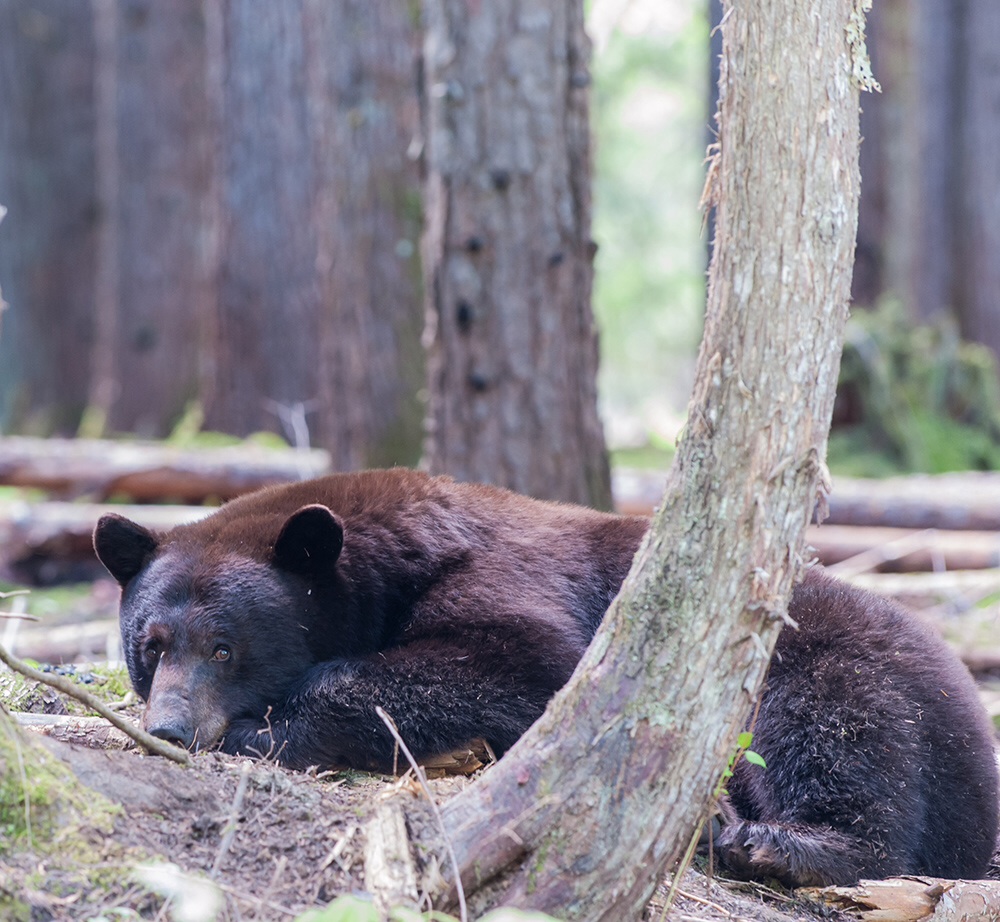