In my last post I mentioned spotting two Grizzlies fishing in a pool. Presumably filled with fish. I only saw them by chance as their spot was in a Y in the river and I was the other arm of the Y, if that makes sense.

One of them was doing some deep fishing and when he came up it looked like he had been holding his breath and took a big gulp of air. 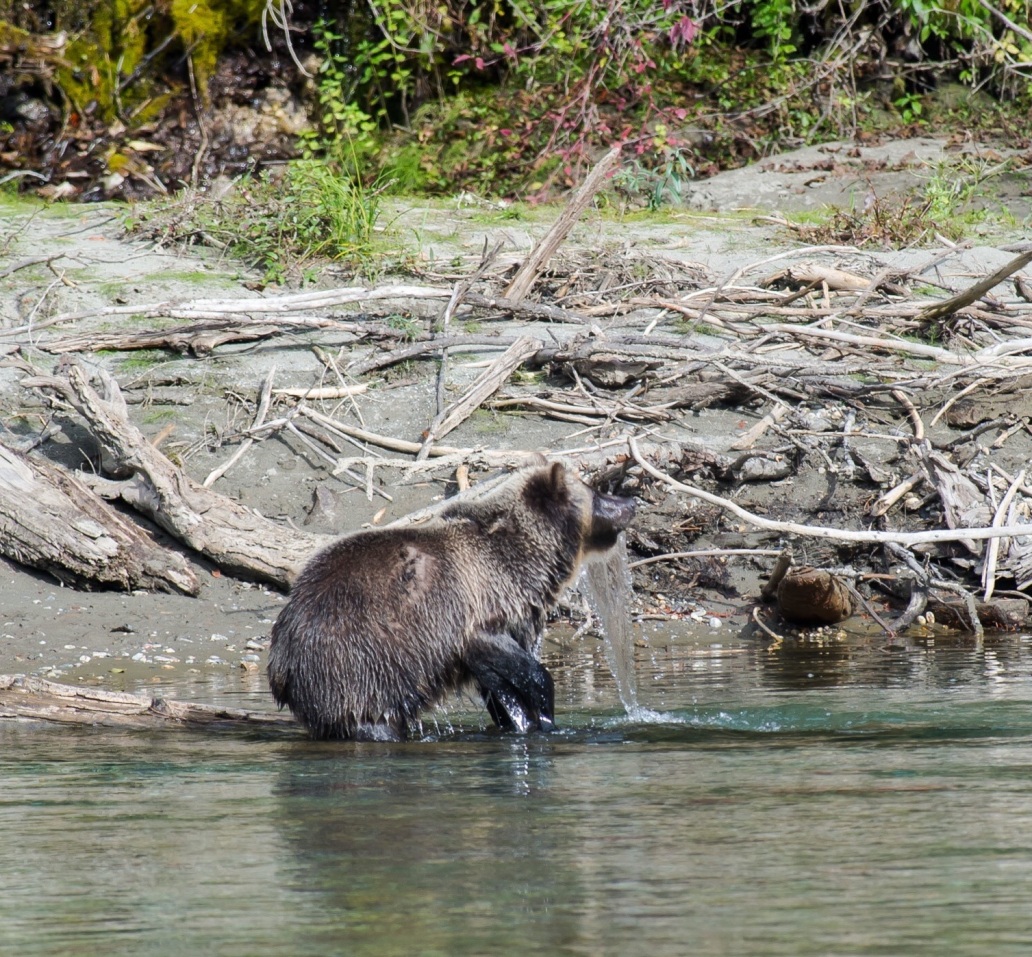 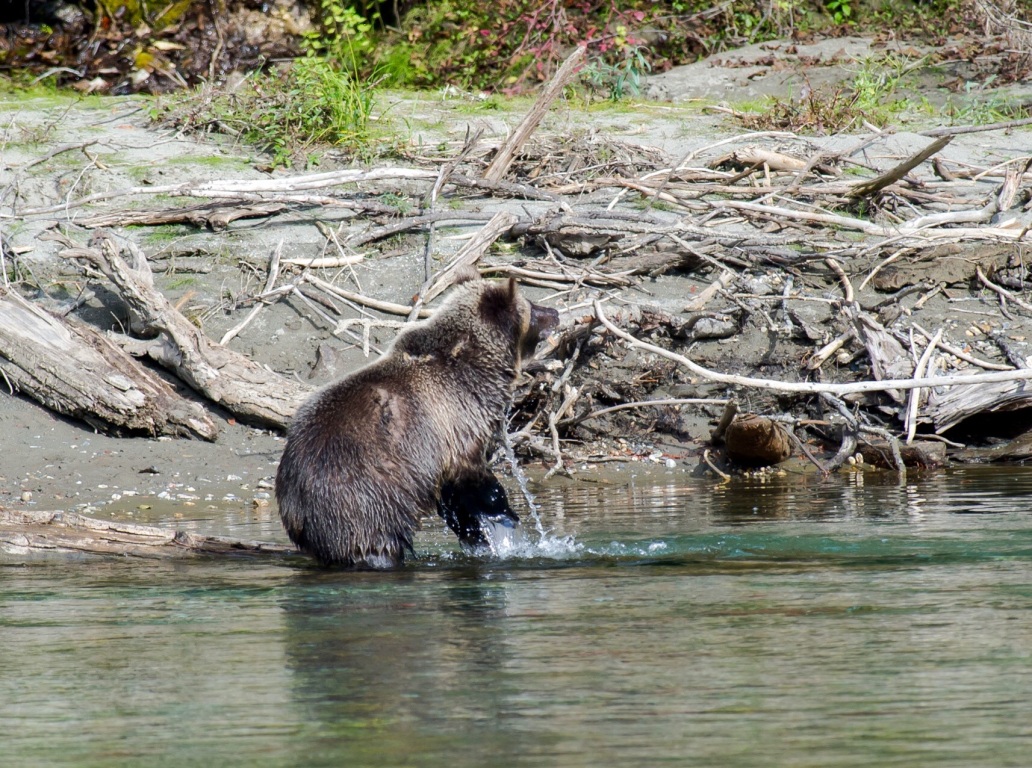 Something spooked led him and he took off. Later I realized logging was being done above this area and the sound of the equipment made him nervous. A constant challenge of economy and environment. 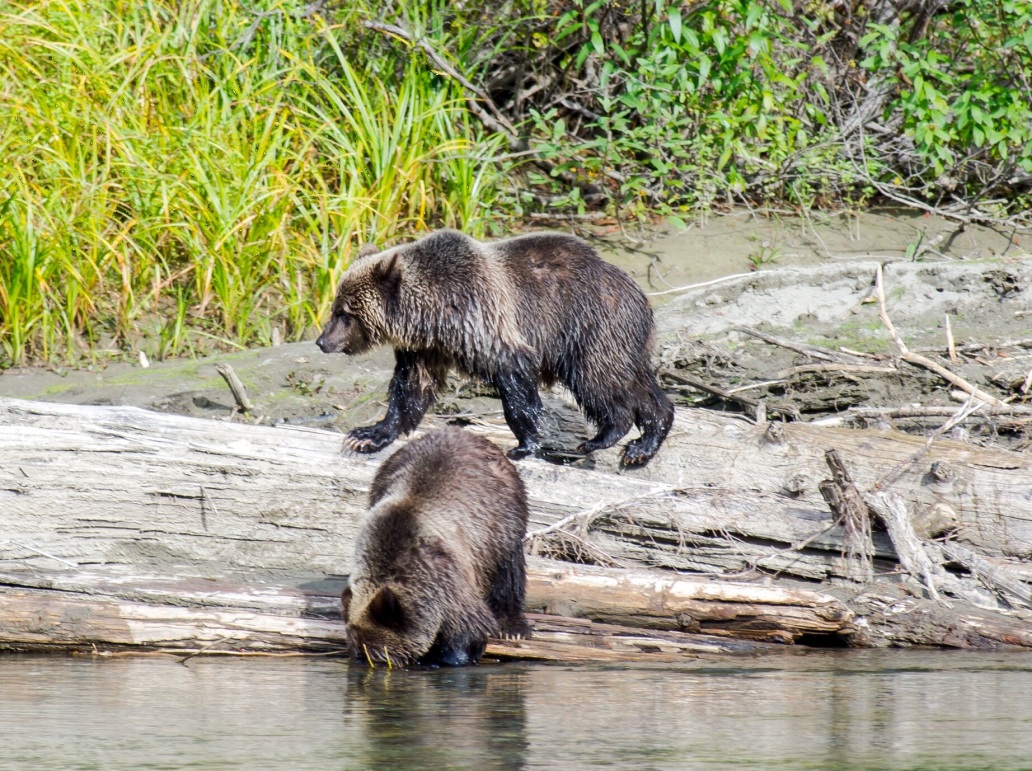 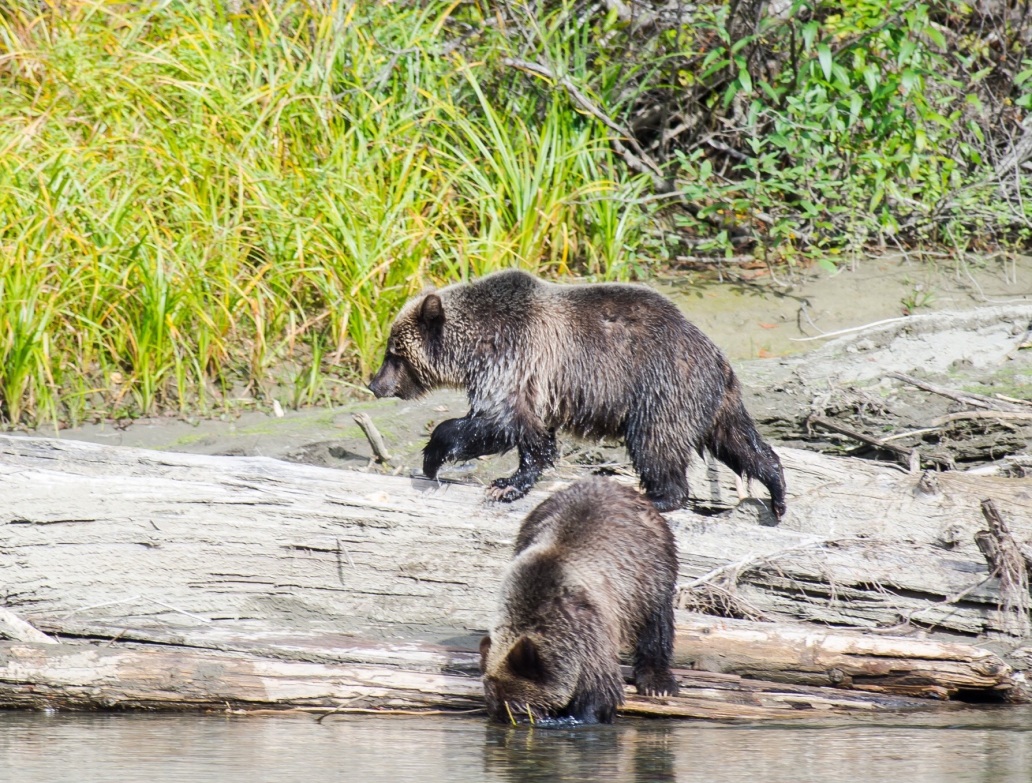 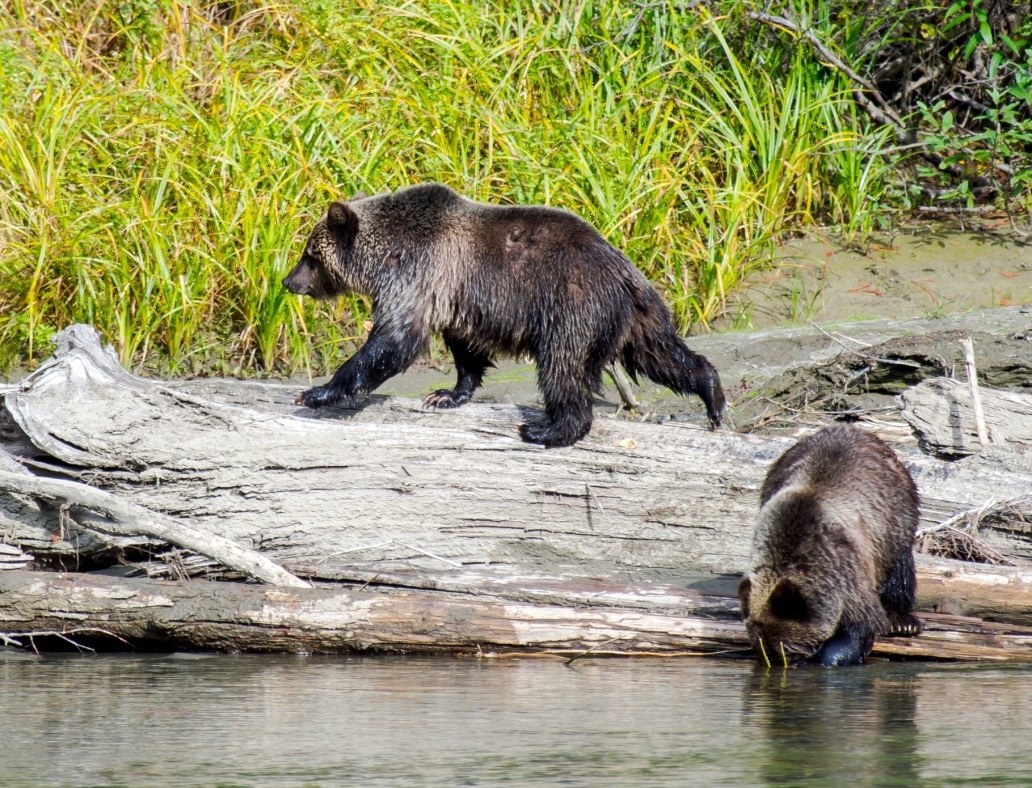 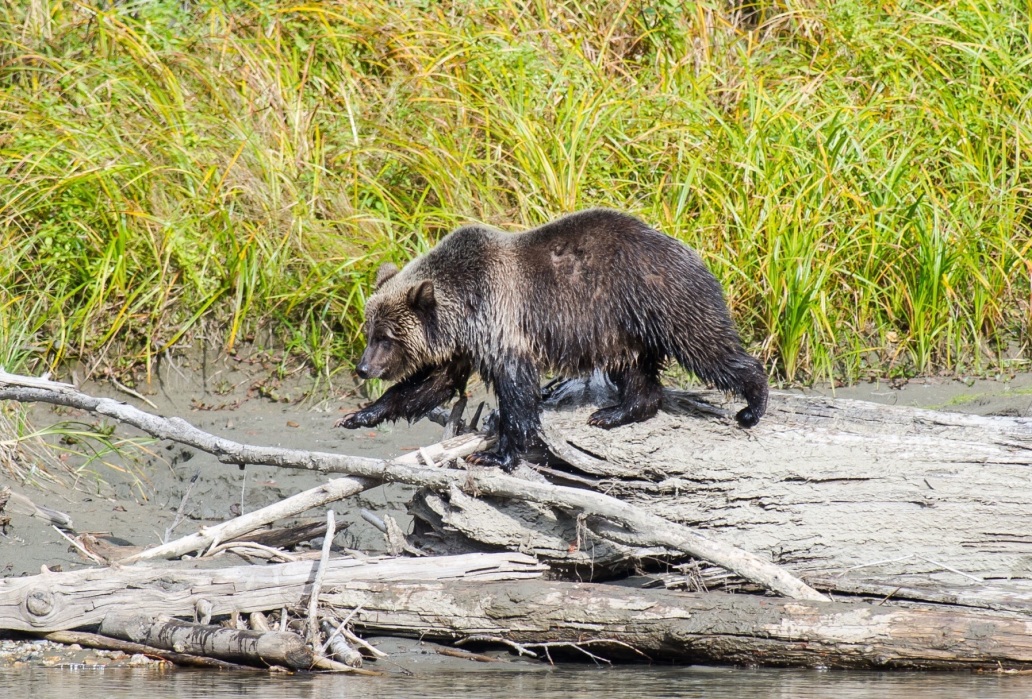 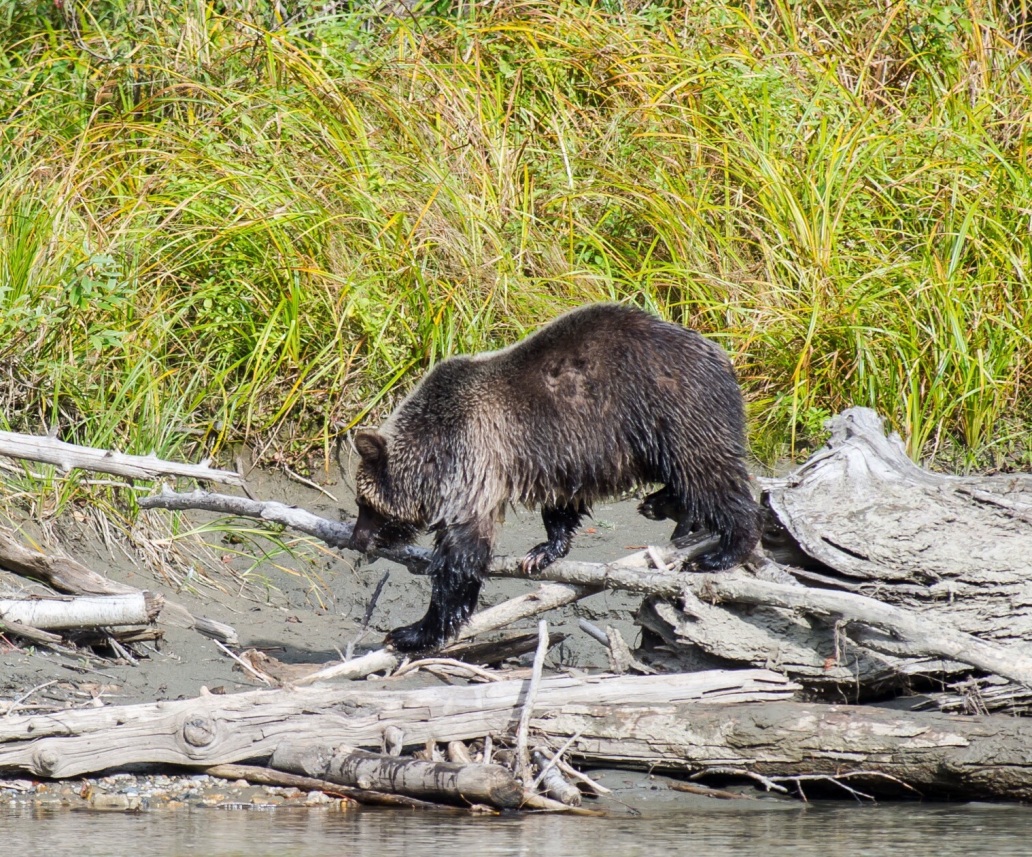 With one look back for its friend. 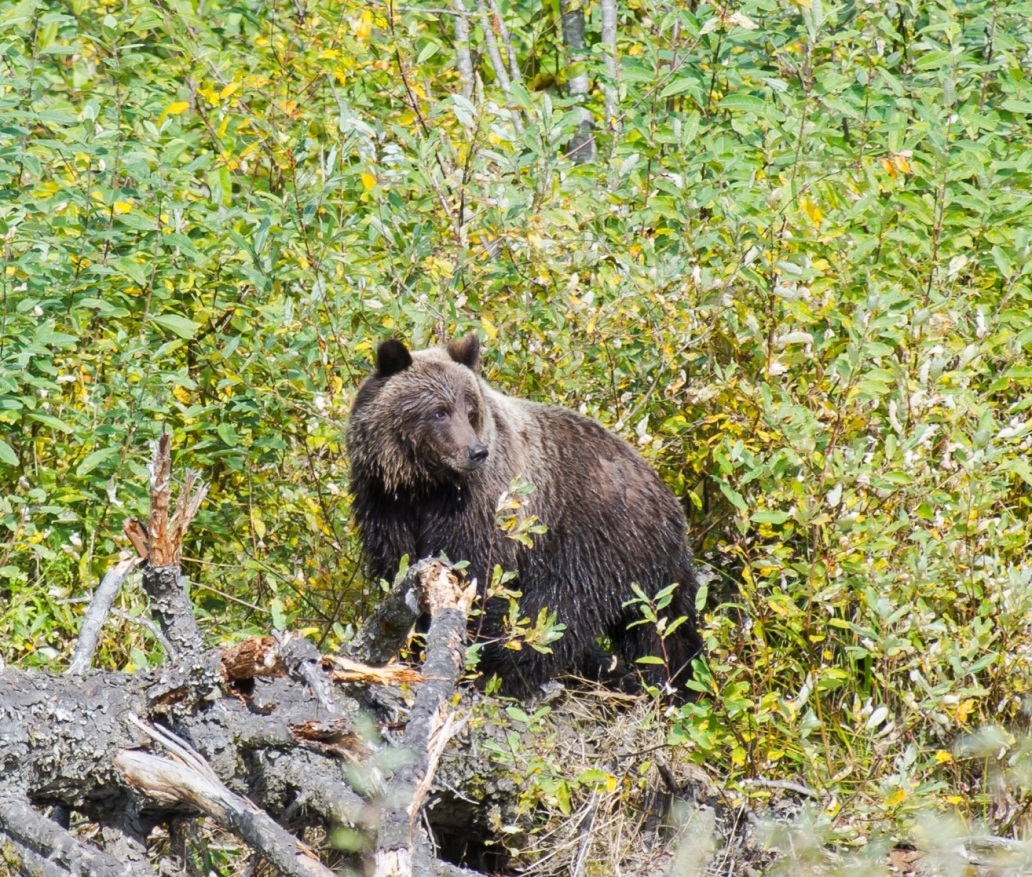 His is partner kept fishing for sometime before he noticed he was alone and then he, too, headed off. 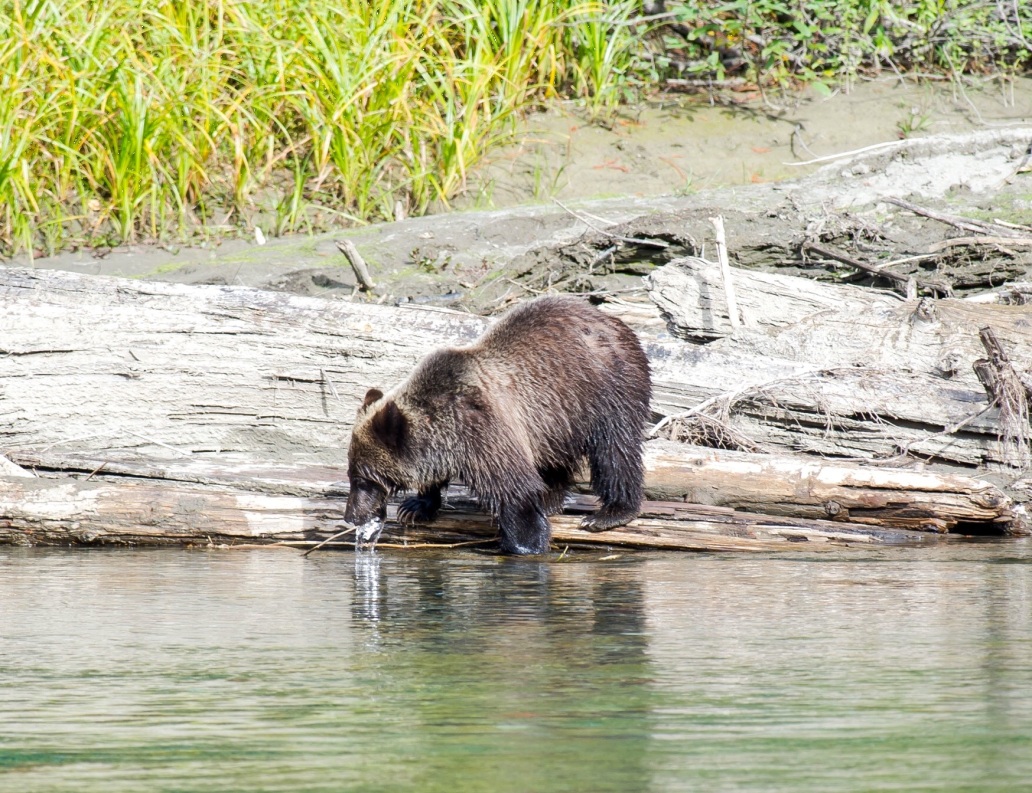 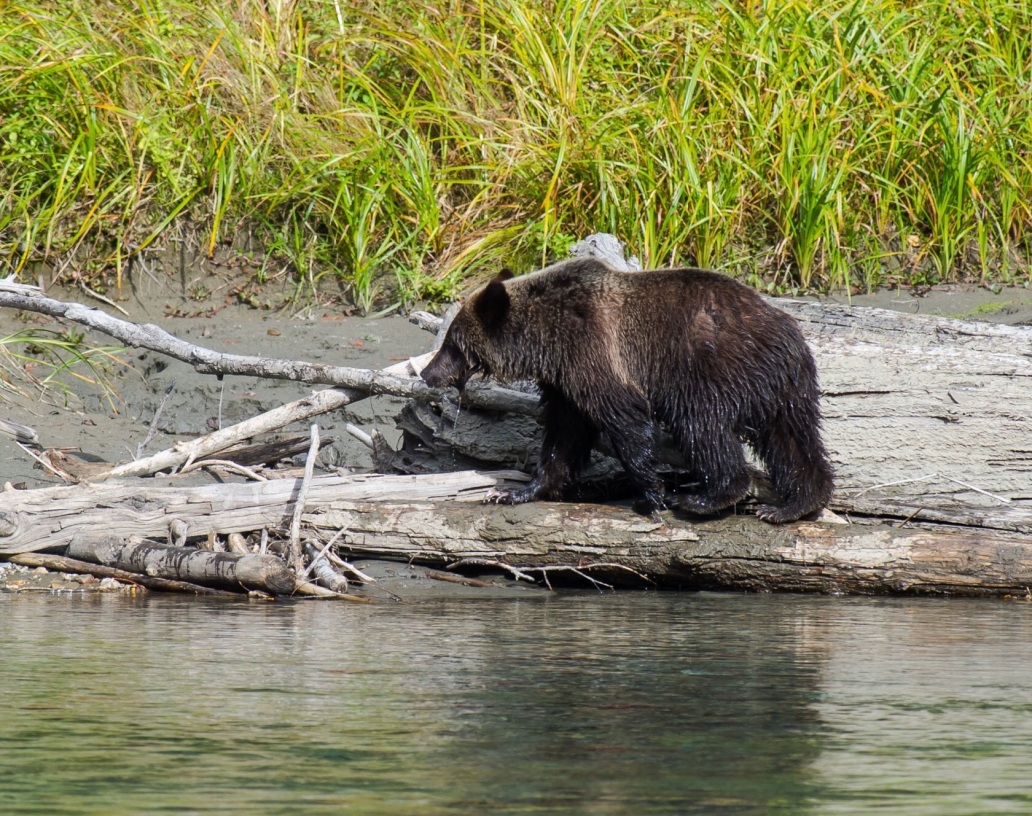 Such marvellous creatures, at a safe distance.