Home › arachnids › There are bugs and then there are…..

There are bugs and then there are…..

Finally we embark one of my posts about arachnids. That is spiders. They are their own category of bugs. In fact they are not considered bugs.
They are, however, considered scary by many people. I have a rule around our place. If it is outside, the spider lives (and probably gets photographed). If it is inside the house, the spider dies (probably after it gets photographed). A simple rule which spiders don’t seem to appreciate. At least based on the number of them I have eliminated inside my homes over the years. And living in the country adds variety and numbers to those spiders. But, I find them all fascinating. They are really neat to photograph because you get to see details you wouldn’t otherwise notice, before you stomped them.

But for those of you who are a little uneasy around spiders, I thought I would start with a group of cute spiders, like the crab spiders I featured a while ago. This is the jumping spider. They come in a variety of colours and sizes but the two here are my favourites.

The first is one that you can find on dry land, in the wet woods and even along the shore, particularly around poles and boats. 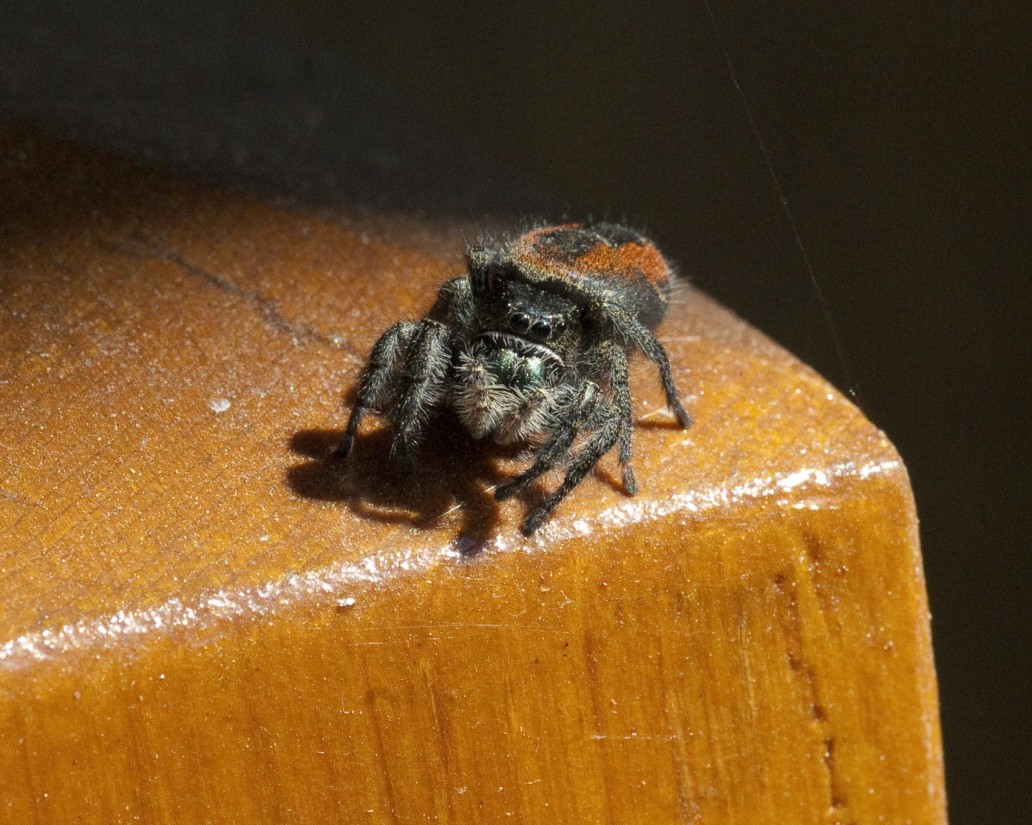 The next one is a smaller relative and I often see it in the branches of bushes around the garden.

It jumps, literally from leaf to leaf, branch to branch. So sometimes I have to be mindful that it may jump to the camera lens. Which it has done. 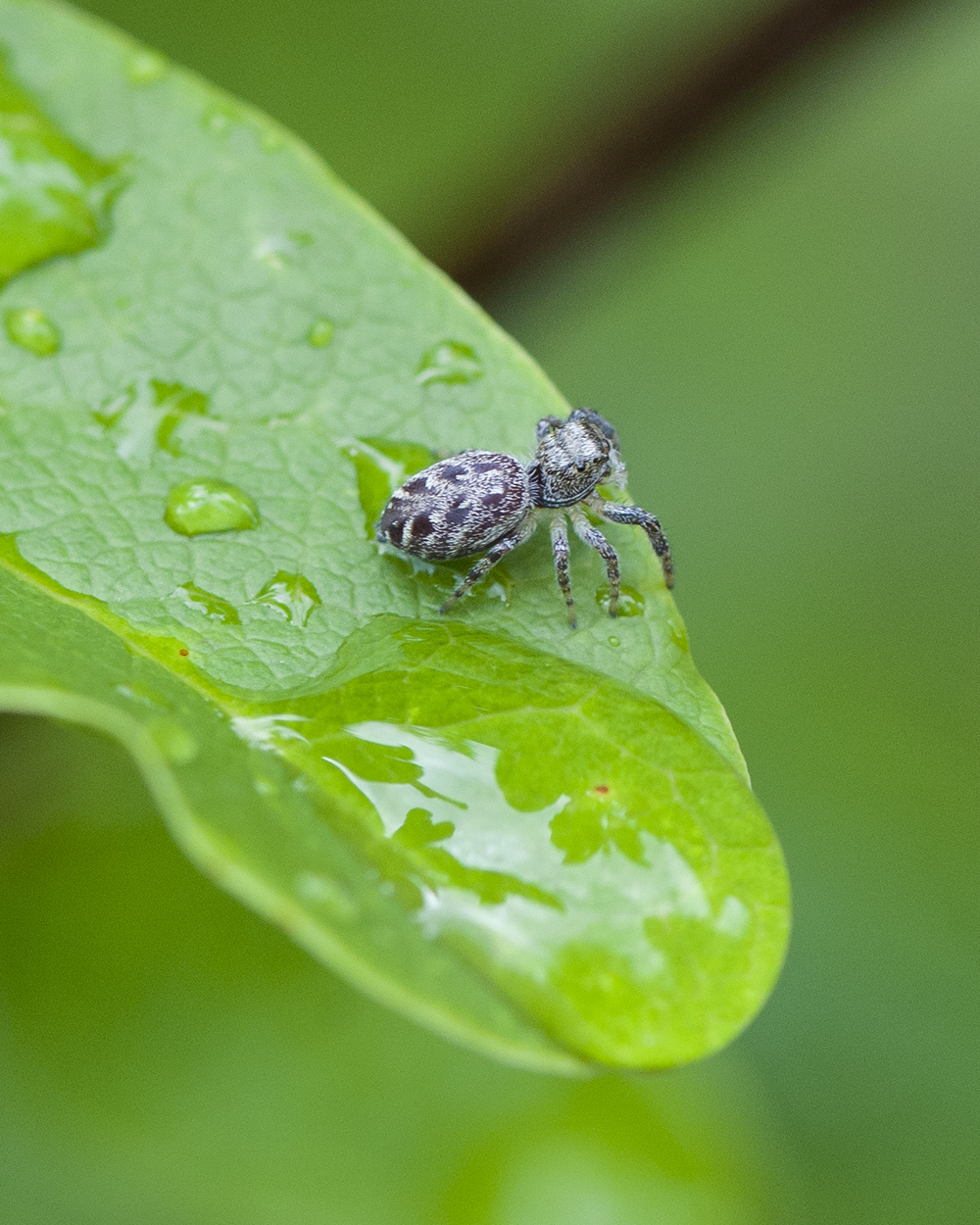 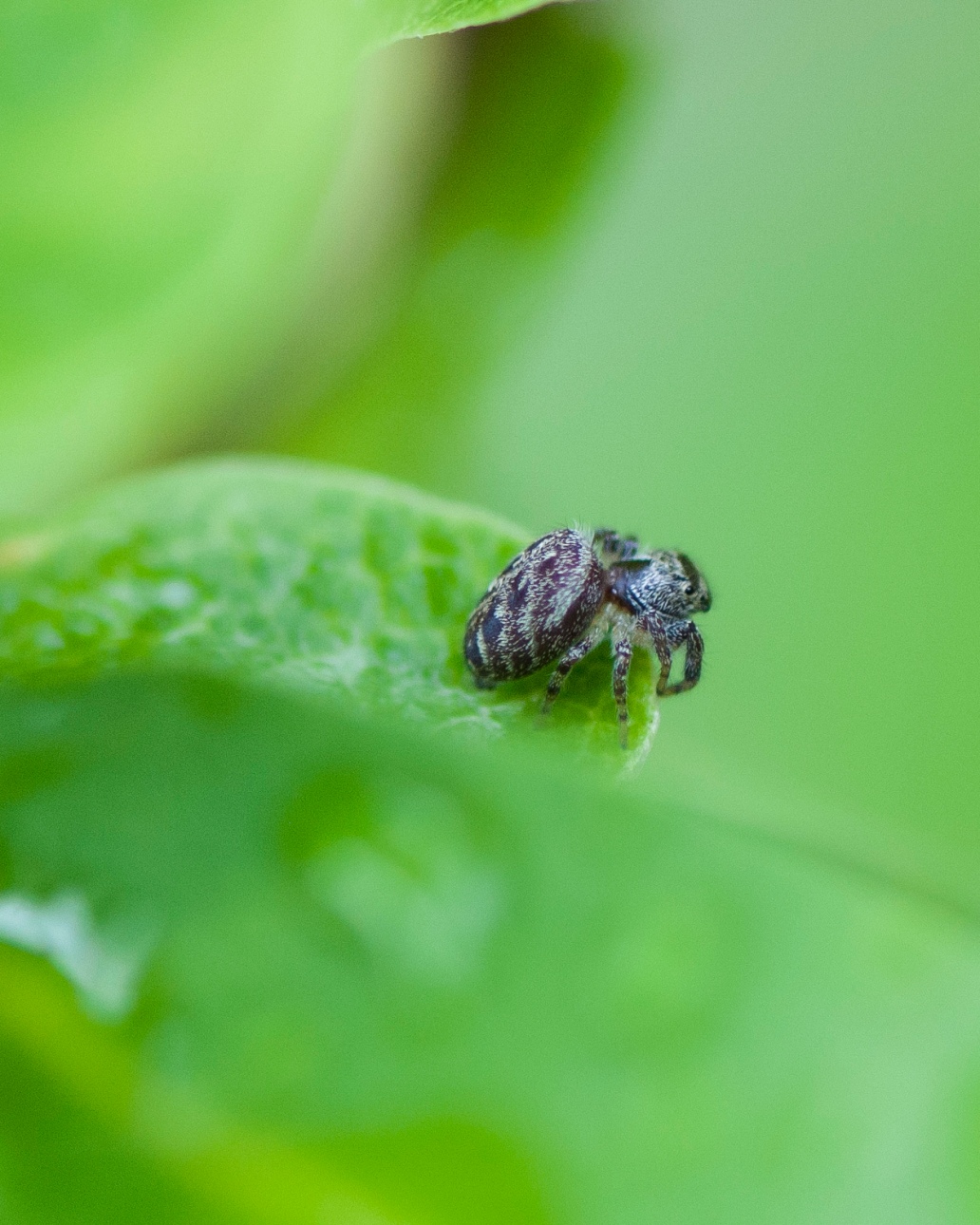 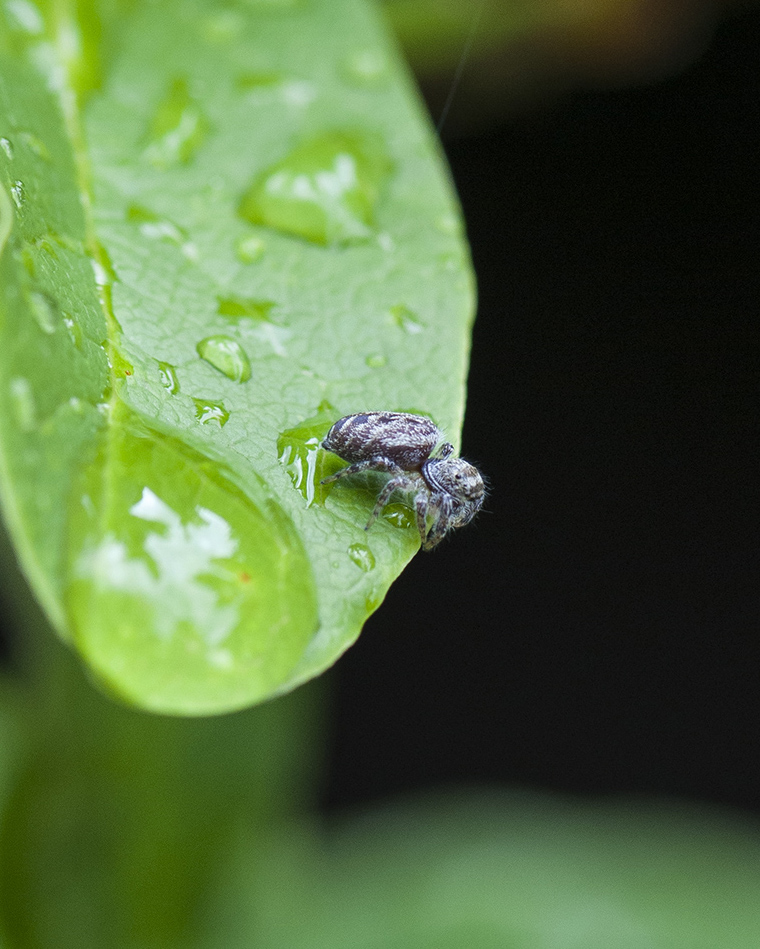