Home › eagles › Once again into my files

Once again into my files

As I mentioned before Christmas I have been going back over the photo folders on my computer to try and bring together key photos. Well, I’m still at it. And every time I hook up another external hard drive I find more I forgot about. It is amazing how much I can remember about the circumstances of every photograph. Much better than a diary. Photoshop makes a great record of the days I spend on the road or in the woods.
Anyway, one of the reasons I am doing this is I have decided to self publish a kids ebook about wildlife. A number of years ago I did a hard copy book that was shared amongst a group of family kids and was quite successful. So being slightly insane I have decided to broaden the challenge.
I see so many kids, even out here in the middle of all this nature, who have never seen some of the sights I have seen. But rather than a print run an eBook will provide the opportunity to get the book further out there. My current photo books are printed but are in limited release. I will show you them next post.
So this has become my focus of the review of my photos. In the next while I will include some of the sets as posts to get some feedback from you about their suitability for kids. That is, interesting enough and telling a story. I like using a group of photos that show an event. I have considered getting a GoPro and doing more video but find the challenge to be ‘where/how do I display a video?’ But the video option hasn’t been eliminated. One of my cameras has video capability so I am playing with it for now. Another software program to learn. Sigh.
Today’s photos are one of those series of shots that show a specific event. I have probably shown one of the shots in a previous post.
It’s one that surprised me for the technical success of the shots, lighting was not great, nor was my location. But thanks to my Nikon D3S, they turned out – I think. Quite often, at the time I initially review the photographs I discount them for some reason, probably compared to other photos I got that day. So it’s only when I go back with a more discerning eye that I see their merit.
So join me in watching an immature eagle land in the trees with a very succulent kokanee to enjoy. 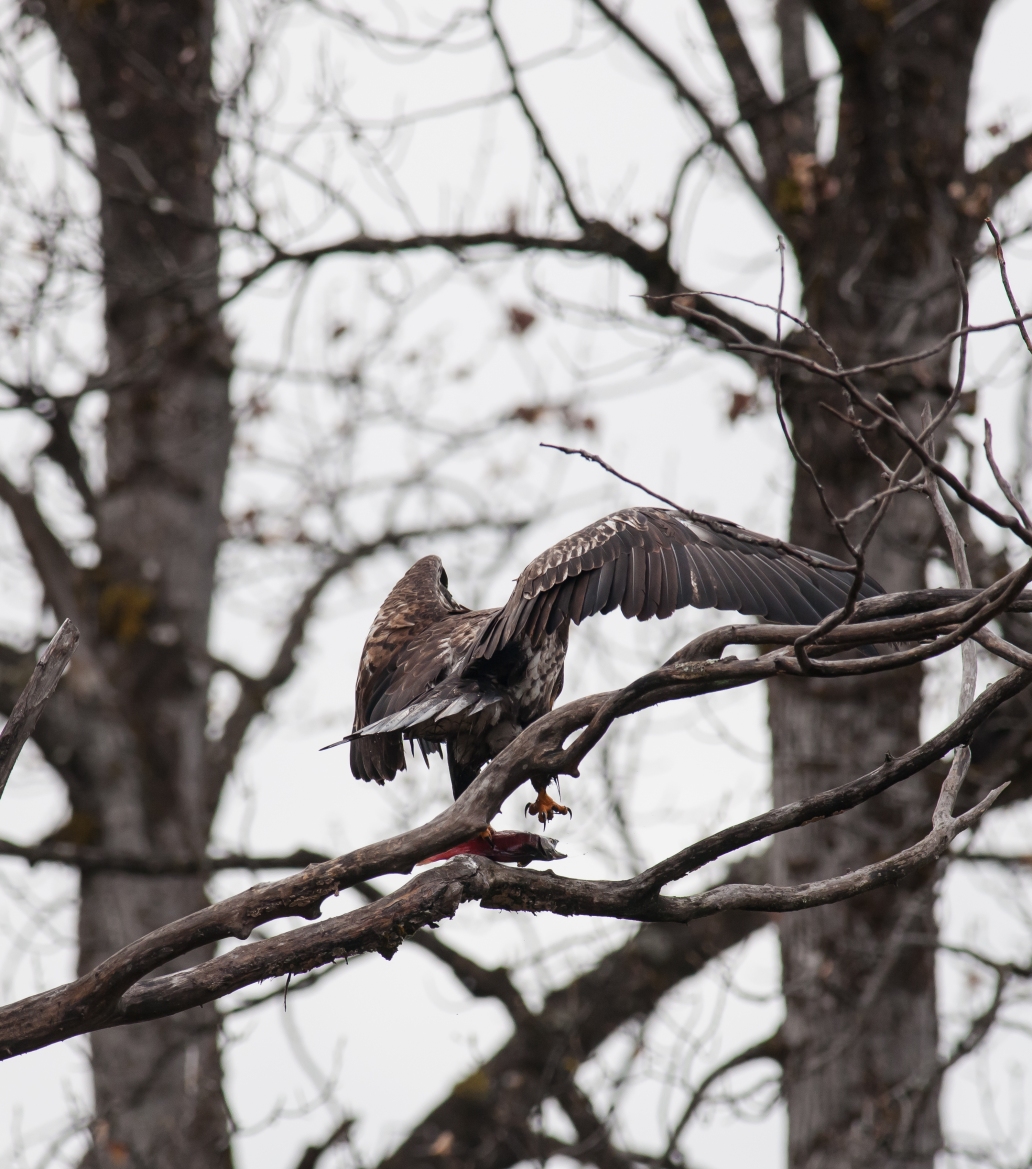 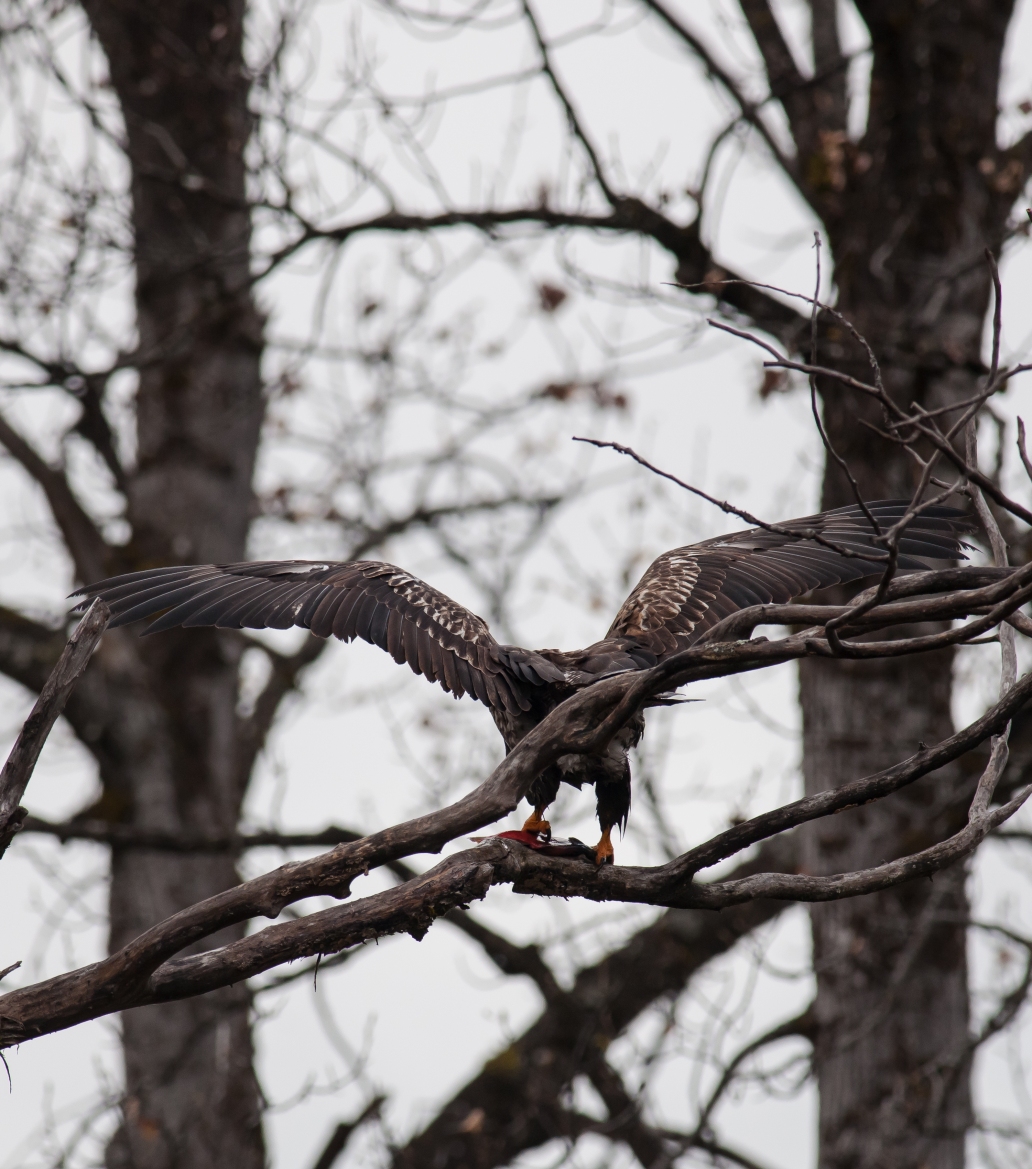 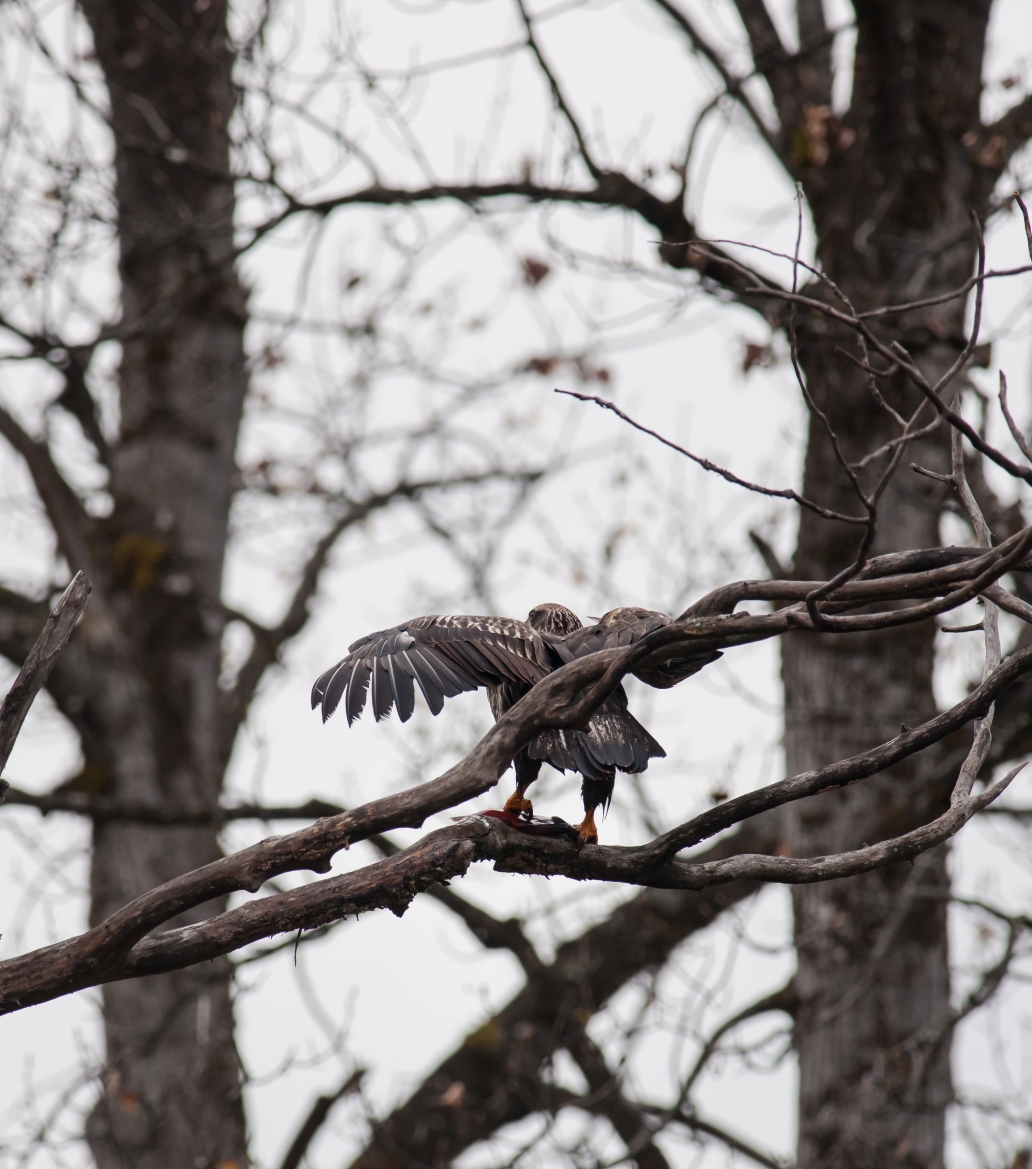 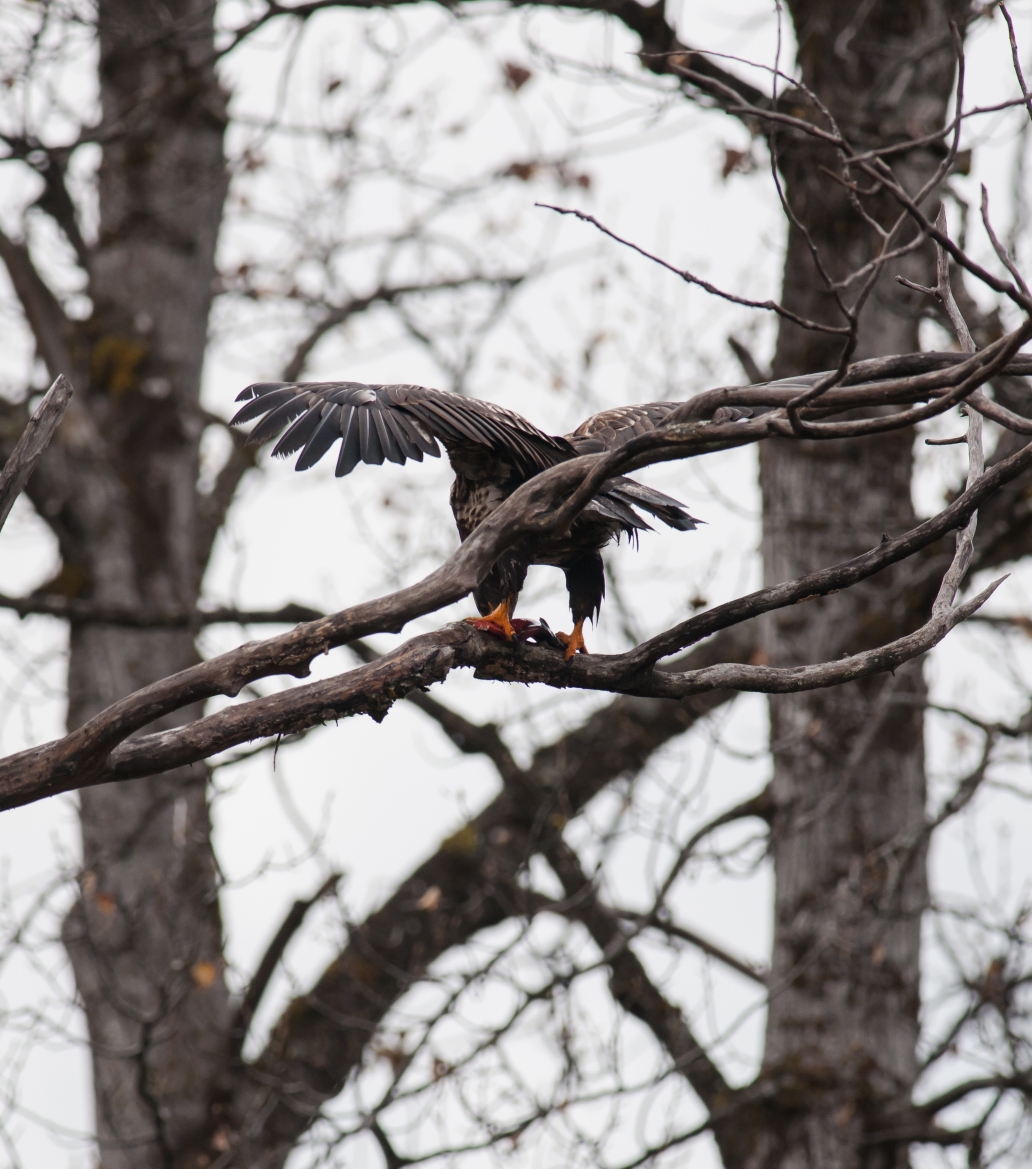