That caught your attention!

Truthfully, this post is about sex. It’s that time of year.
This morning I headed out to see what I could find to photograph. The lake was absolutely calm, like the proverbial mirror. As I headed out I spotted three mergansers – one male and two female. Took a couple of shots and moved on. I found some other good subjects – for future posts.

However, on the way back I spotted the male (I suppose it was the same one) and one of the females. They were both acting out of the ordinary (for me). So I stopped and started to photograph. In a very short time I realized that they were mating! I felt rather like a voyeur, but didn’t hesitate to continue shooting. I captured the entire event. And here are a few of photos of the process.

Then he got up on her back

And then I saw him holding her head by her feathers 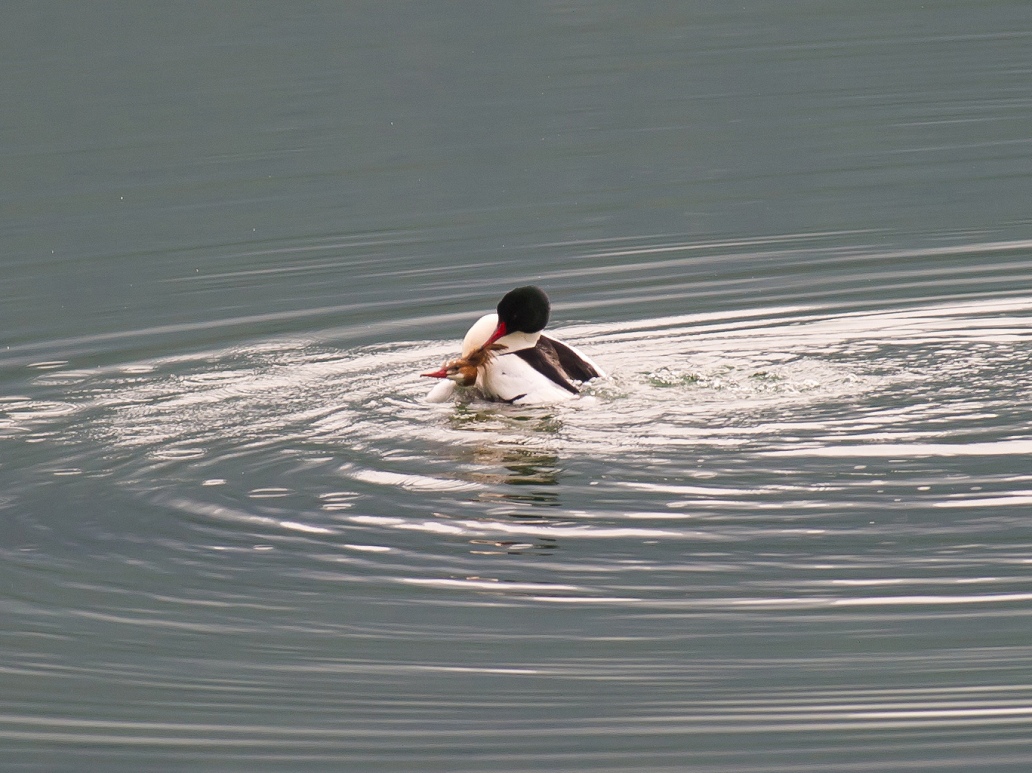 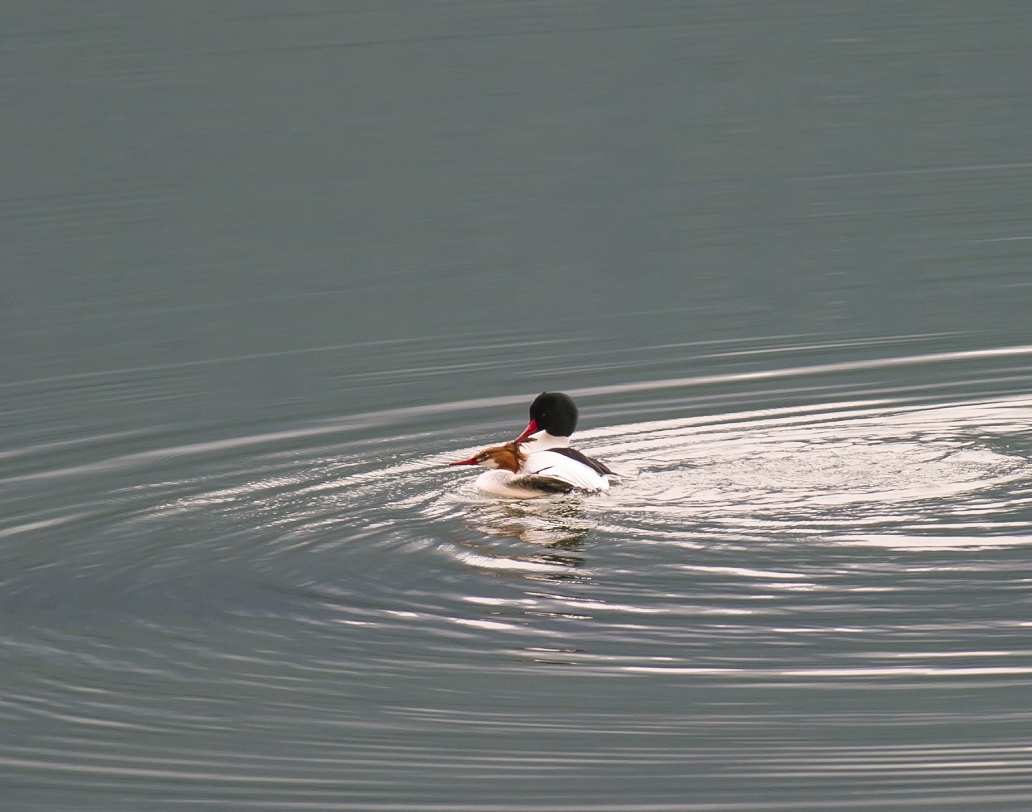 I initially thought that might be to keep her head above water, but then wondered if it was so she couldn’t get away. I’ll have to do some research on that.

Then they parted, rather dramatically and she shook herself off. 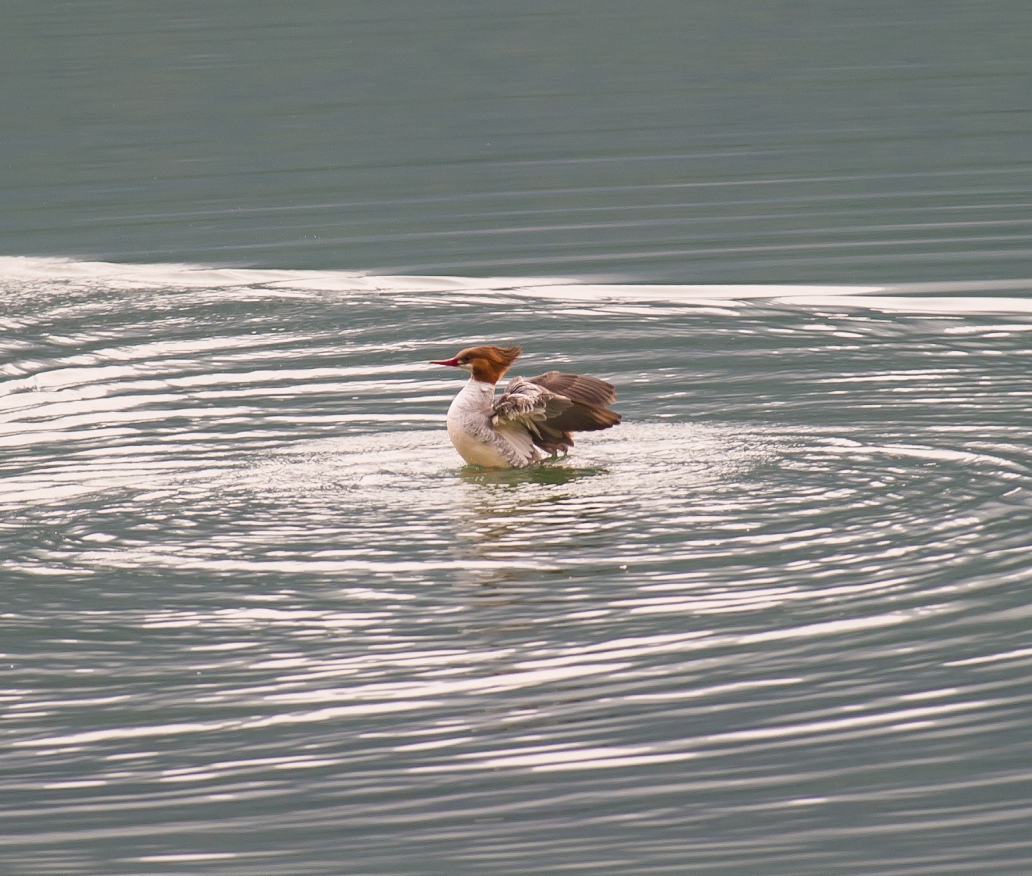 It was amazing to watch and realize that hopefully soon there will be a group of babies to photograph and watch grow up.