Home › arachnids › I Can’t Believe I Got the Whole Thing

I Can’t Believe I Got the Whole Thing

This to me is amazing – that I was lucky enough to capture this interaction.

In my garden, I have several crab spiders. One has been resident for quite some time in a patch of flowers, in fact on the same flower. I have photographed it a couple of times, but they tend to sit still for a long time so generally aren’t that exciting.

The other day, I spotted it as I came past the flowers and it seemed to have something with it. So I whipped into the house and grabbed my macro lens, ran out to the car and grab my camera body and headed for the crab spider and friend.
As I came close I realized that it had captured something. I started photographing it, thinking of a caption about it with a meal to be and then……. Well take as look for yourself. (dialogue as imagined by me)

A nice meal in a safe place, says the spider 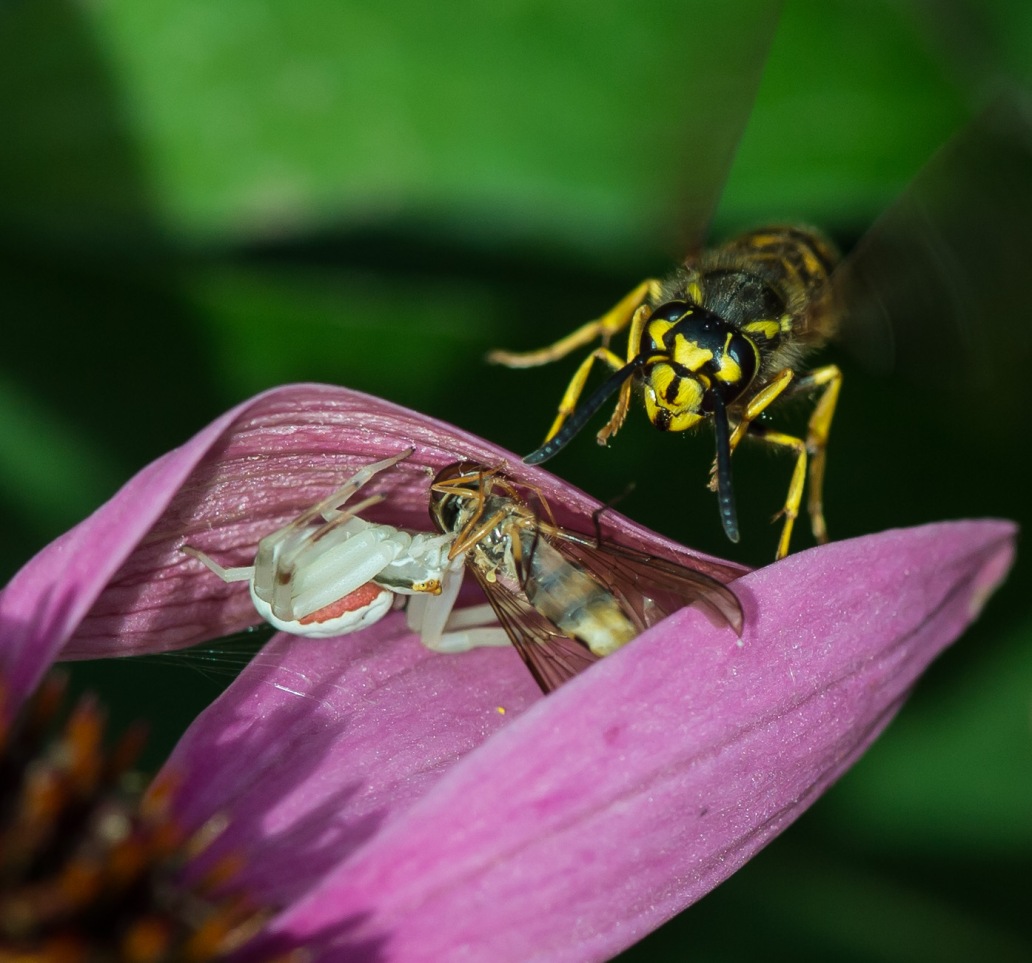 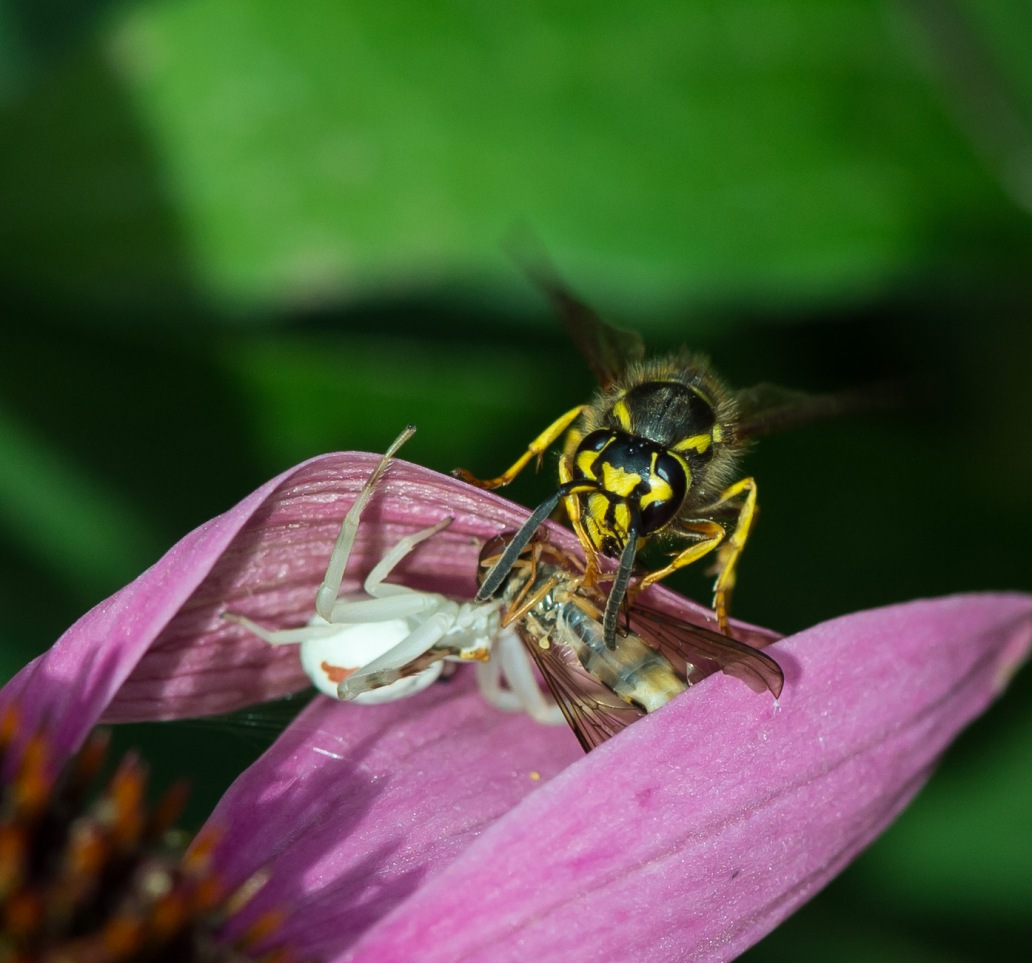 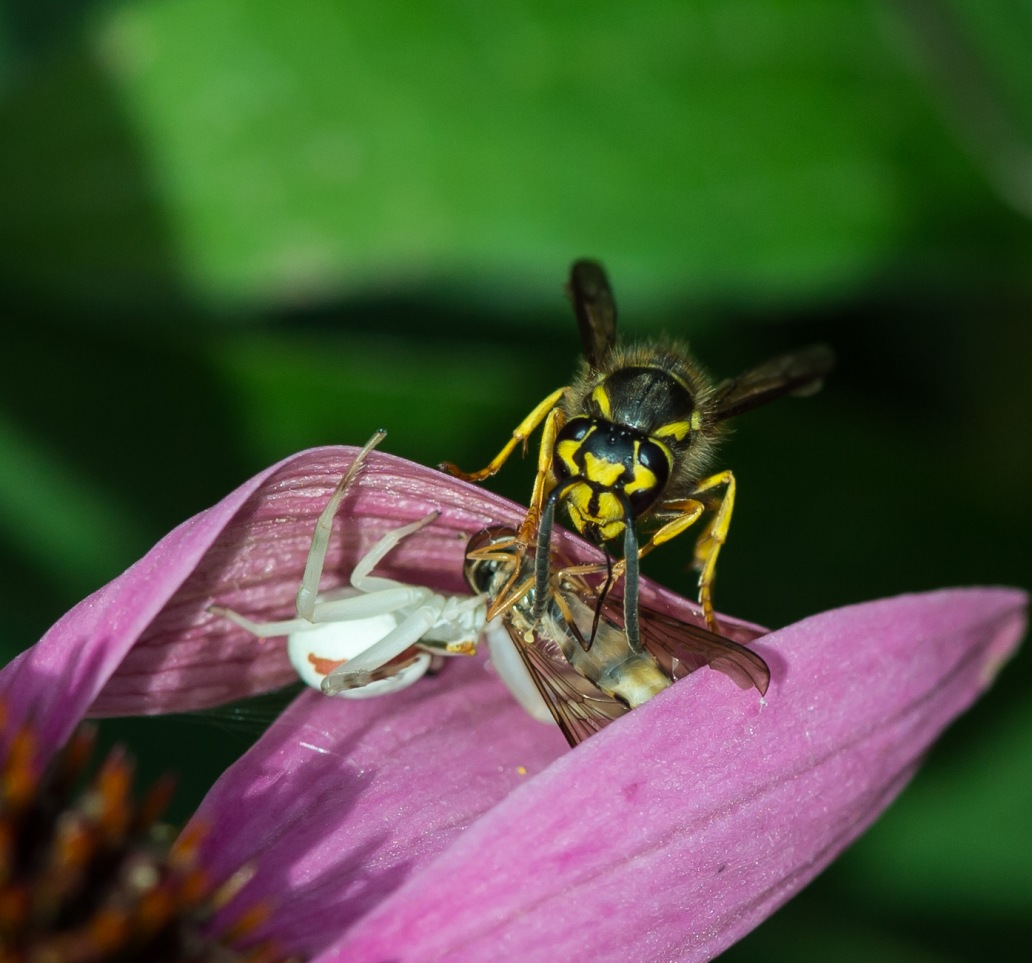 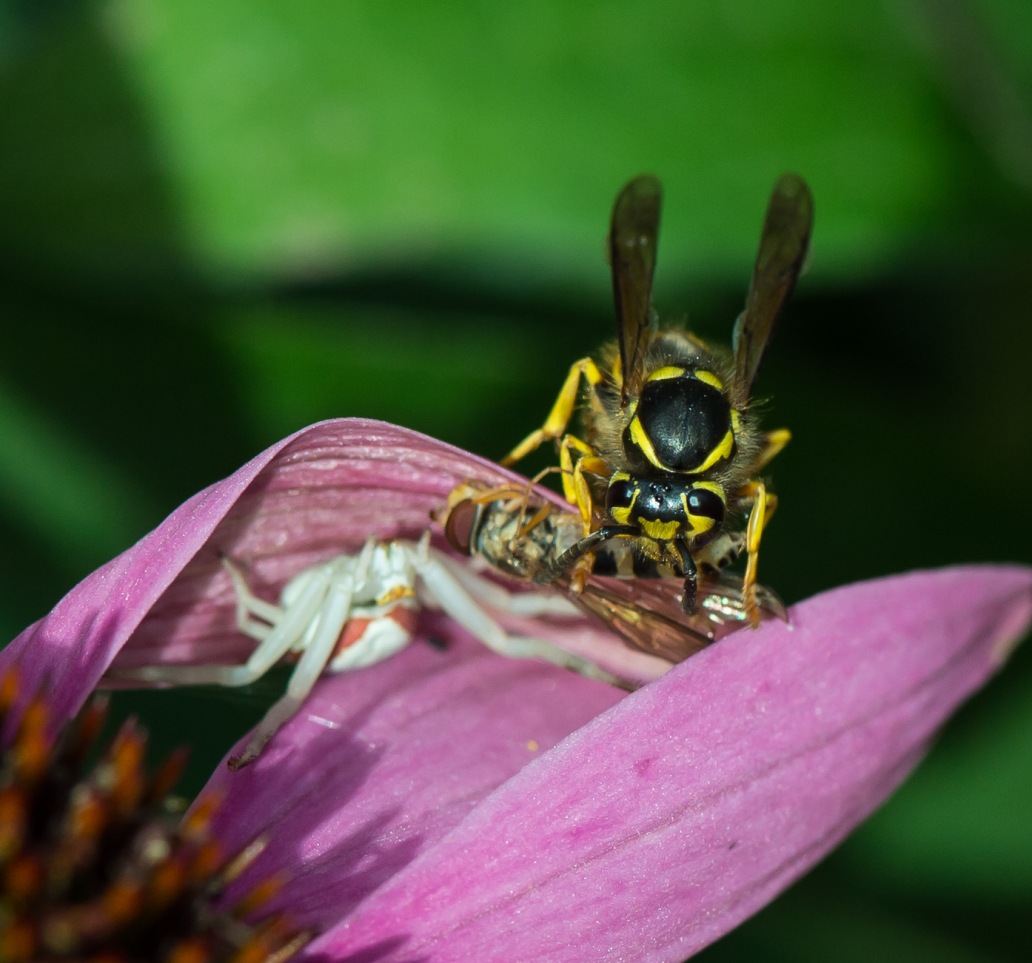 I’m out of here – but not far…says the spider 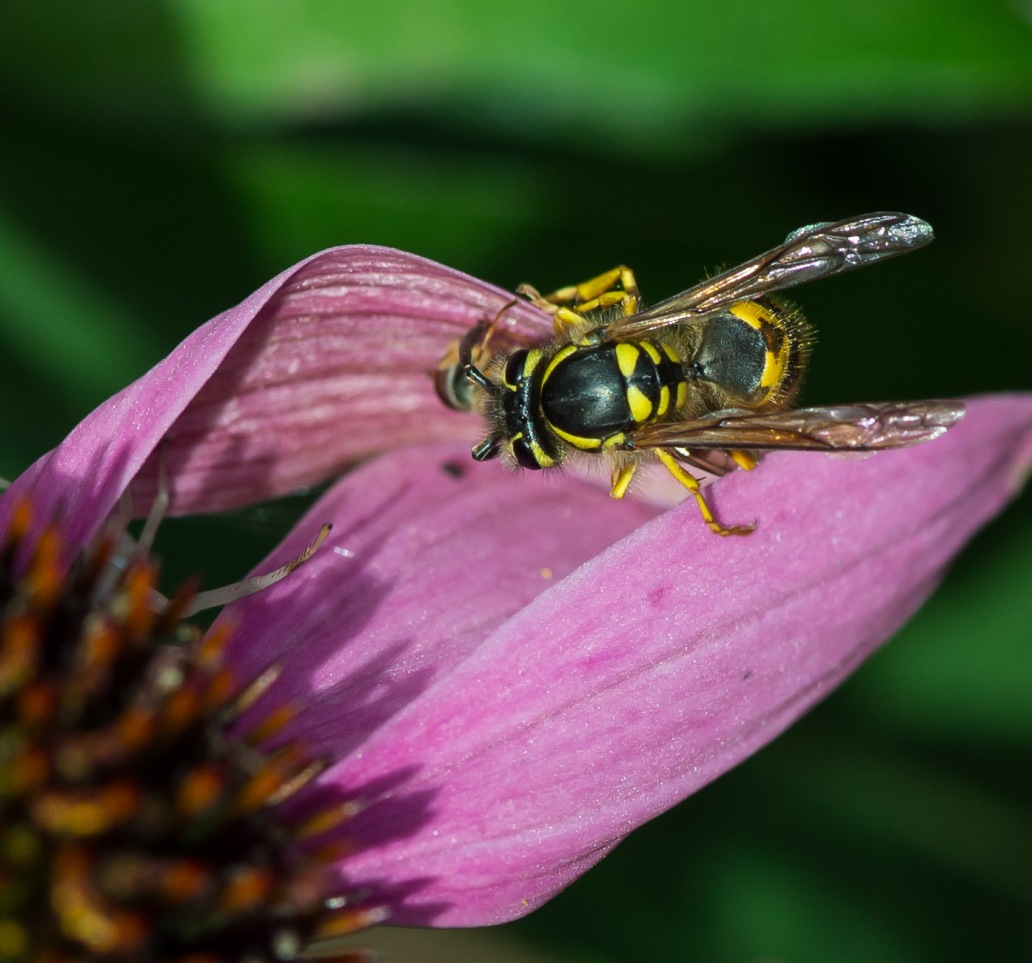 Now what else is there for me? says the wasp 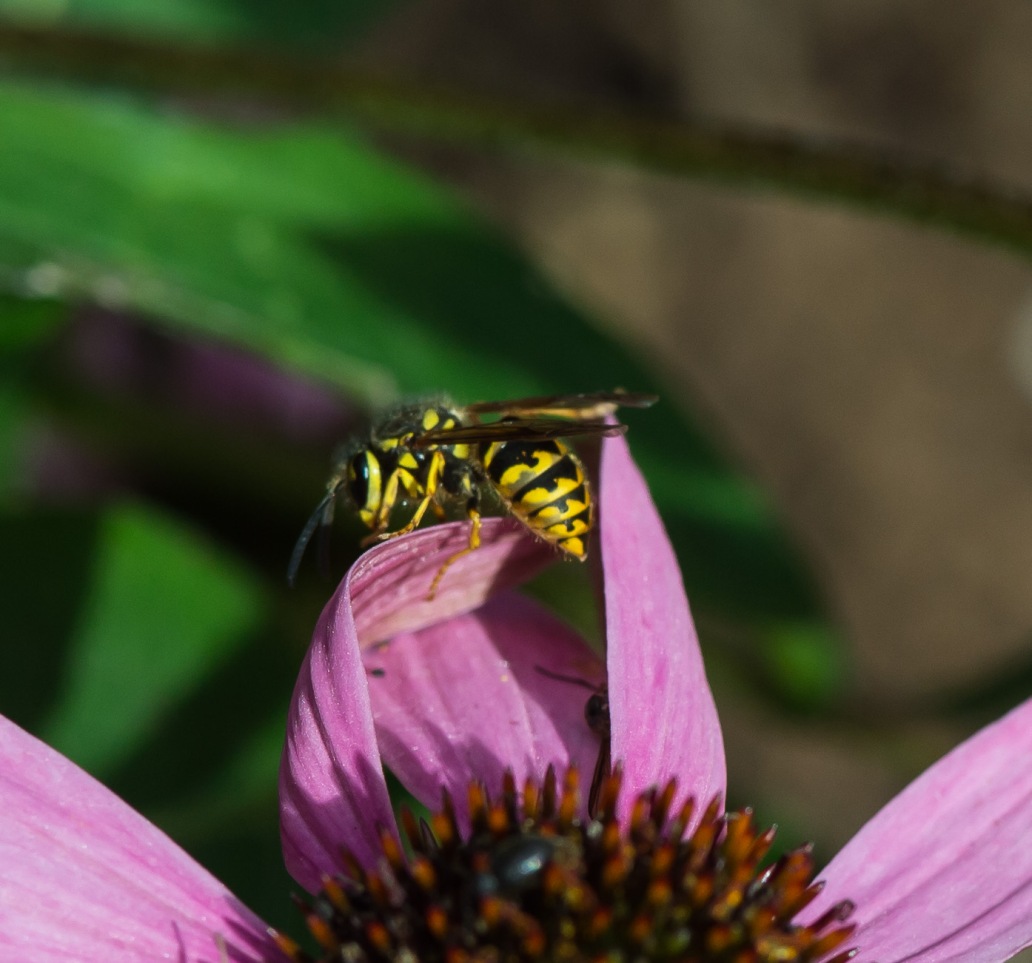 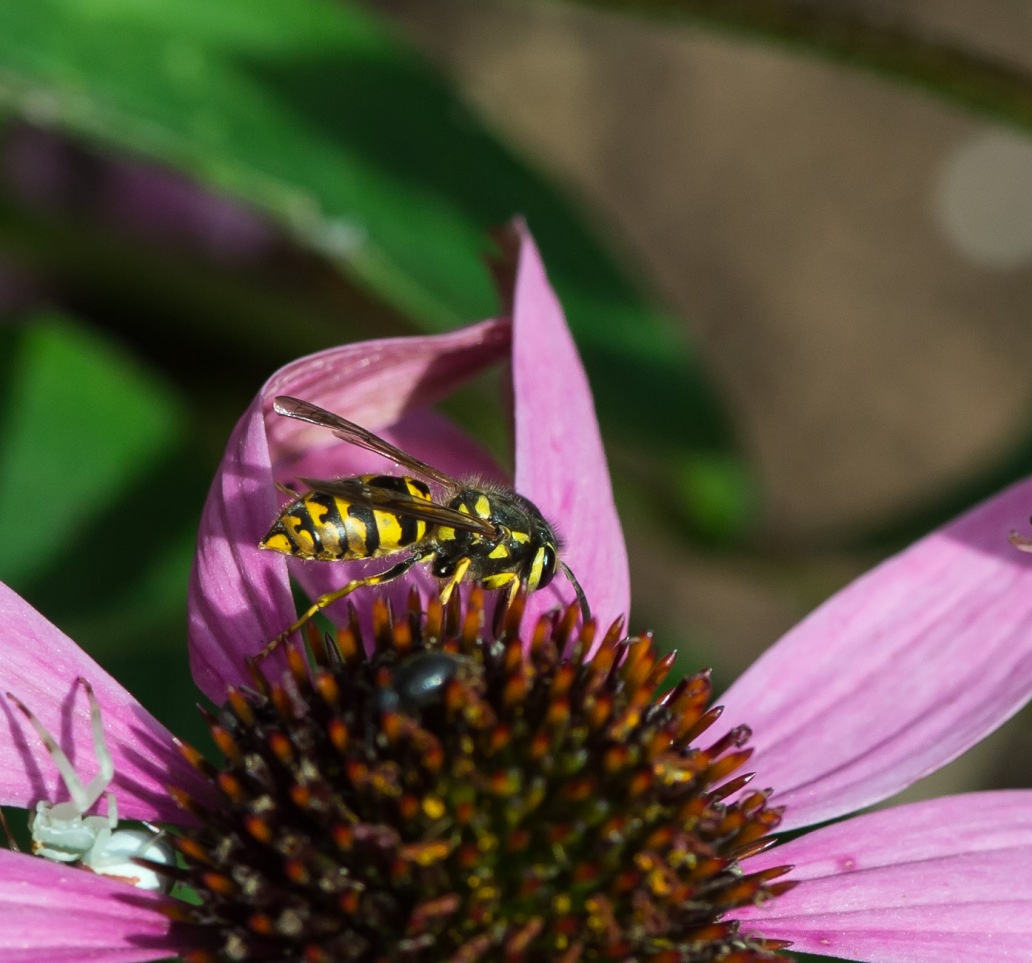 Better check on my new meal, says the wasp 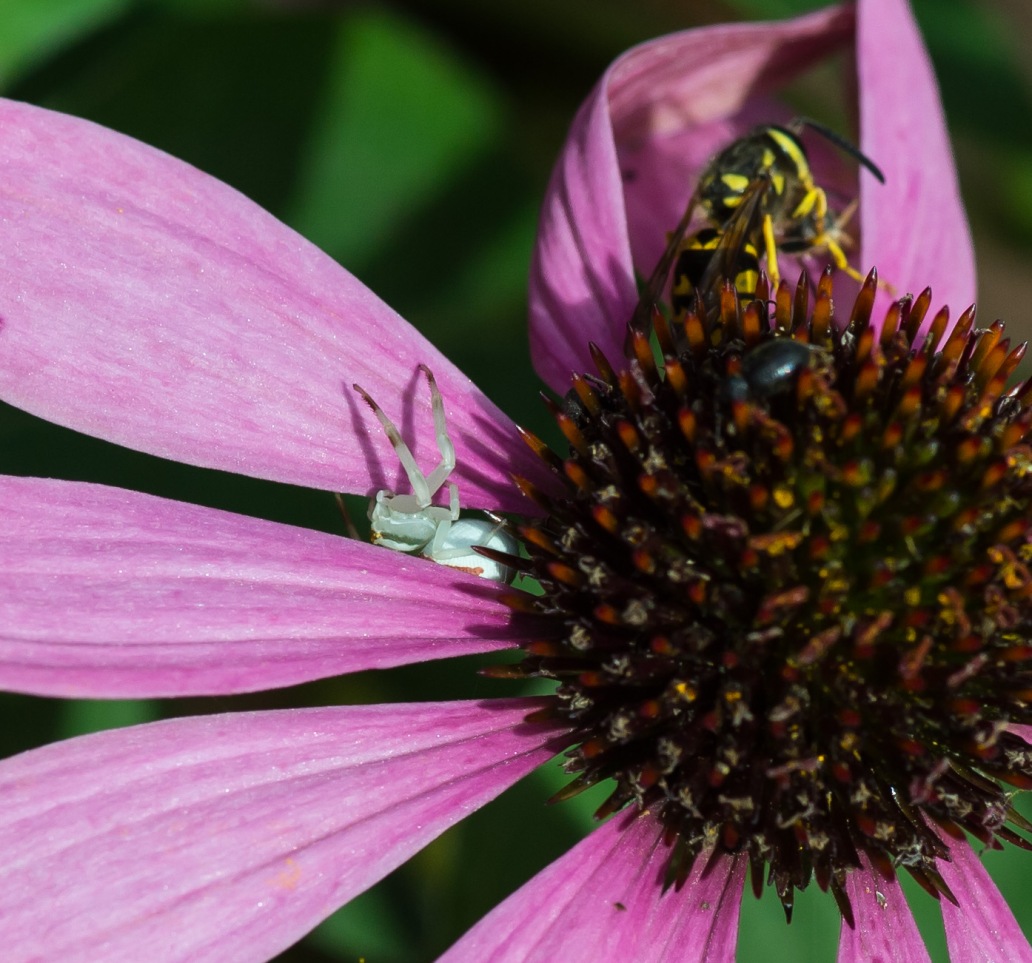 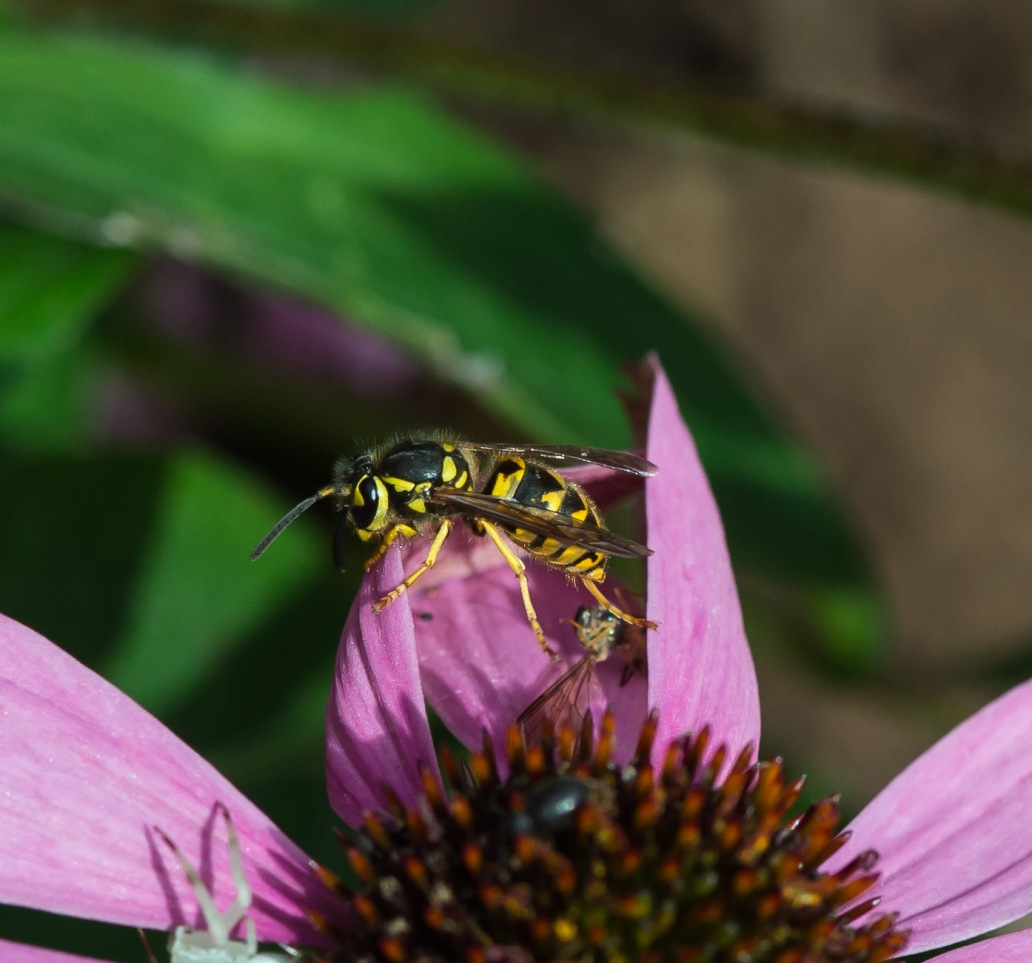 Stay away says the wasp to the spider 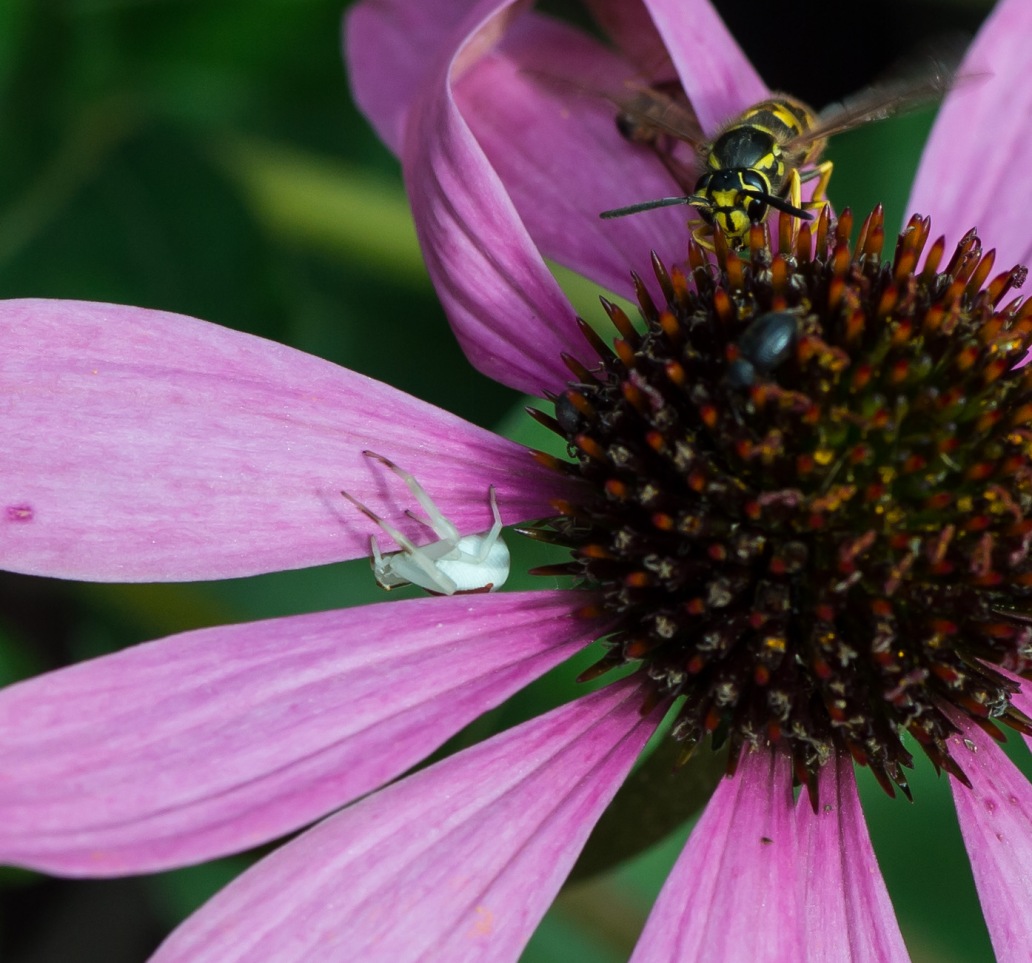 Not likely says the spider 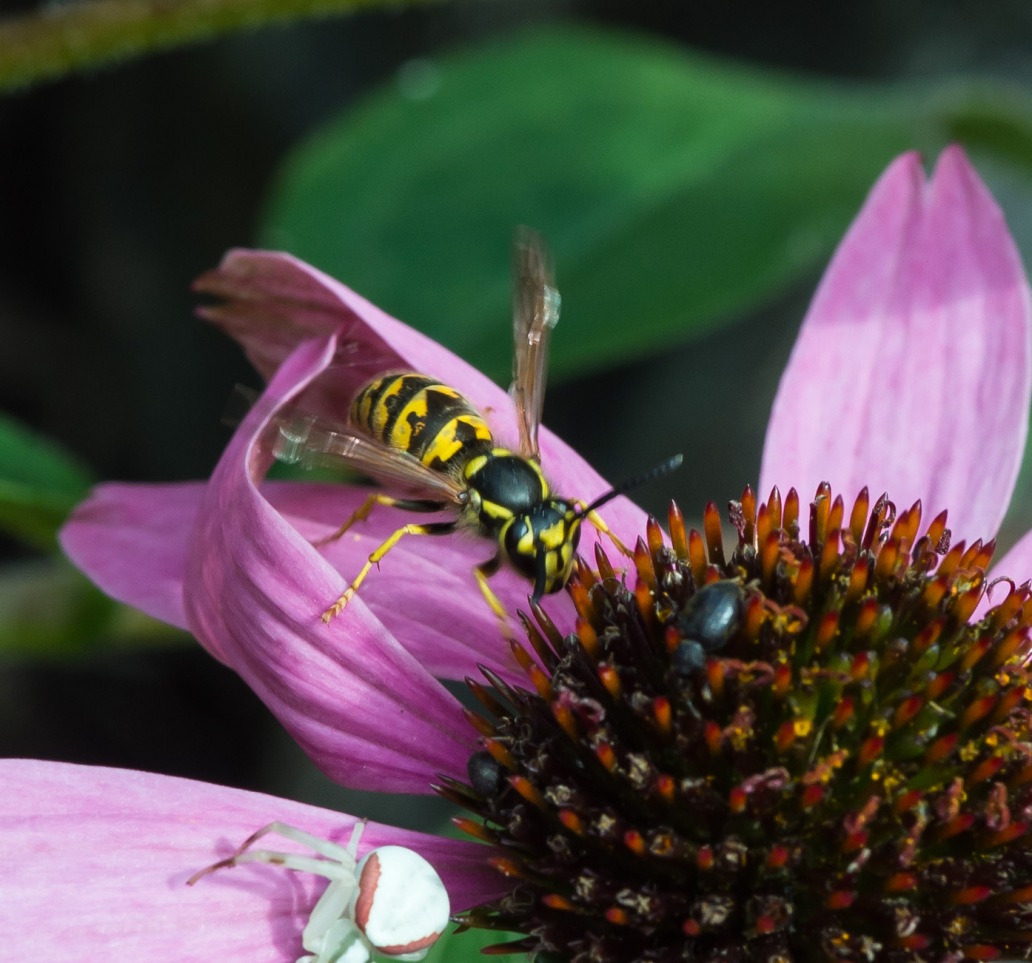 Buzz off ! says the spider

When I’m good and ready, says the wasp